A Rochester man arrested for allegedly sexually assaulting a 6-year-old girl made his first appearance on Monday in Mower County District Court.

According to the court complaint, at about 11:05 p.m. on June 25, an officer responded to a report of a 6-year-old girl having been sexually assaulted. The victim’s mother advised that the victim had been assaulted by Kindschy, who was known to them, in the garage of her residence. She indicated she went into the garage and found Kindschy and the victim behind a refrigerator and that Kindschy appeared to be “nervous.” 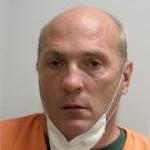 When Kindschy left the residence, the victim’s mother asked the victim about the incident. The victim initially said she was helping Kindschy with the refrigerator, but appeared upset. She then disclosed that Kindschy has sexually assaulted her and that it “hurt.”

A detective met with the victim on June 26. The victim gave details about the assault and said Kindschy told her not to tell anyone or he would “get into trouble.” The victim also indicated that Kindschy had assaulted her on other occasions and that the abuse began when she was 3-years-old.

Kindschy was arrested at his home in Rochester and subsequently transported to the Austin Police Department. Kindschy declined to be interviewed, saying, “No one is going to believe me anyways.”

Kindschy will appear in court again on July 13.

The Port of Elkton damaged in Tuesday night fire

The Port Bar and Grill in Elkton was damaged during a Tuesday night fire. According to Mower County Chief Deputy... read more