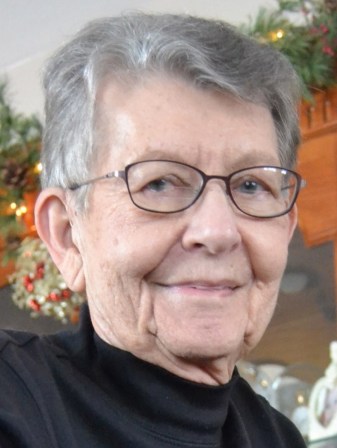 Maxine Lucille DeVries, age 93 of Austin, Minnesota died Saturday, July 4, 2020 at St. Mark’s Lutheran Home in Austin. She was born July 20, 1926 in Mitchell County, Iowa to Myron and Edith (VanSyoc) Starry. Maxine grew up in the Riceville and McIntire Area. She attended country school and graduated from Riceville High School with a normal training certificate. She taught 4 years in rural schools and 2 years at McIntire Independent School. On October 25, 1947 she was united in marriage to Floyd “Dutch” DeVries in McIntire, Iowa. They made their home in Colwell, Iowa before they moved to Austin in 1954. She worked side by side with her husband in their RV business, Bo-De Enterprise in Austin and Rochester Minnesota. She also owned and operated her business, Draperies by Maxine for many years. Maxine and Dutch had a large group of friends and spent many wonderful times together making memories, whether it be boating, camping, fishing, snowmobiling, traveling, dancing or motorcycling. They traveled to many states in their Classic GMC Motorhome. She loved her family very much and loved her friends. We will miss her greatly, as well as her tight big bear hugs. She is at peace and with her family and friends who have passed before her.

A private funeral service will be held at Crane Community Chapel in Austin with Pastor Dale Christiansen officiating. A public graveside service will be held in Grandview Cemetery in Austin at 12:00 Noon on Thursday, July 9, 2020. Masks will be recommended at the services. In lieu of flowers memorials in Maxine’s memory may be directed to Crane Community Chapel in Austin. Services prearranged and performed by Worlein Funeral Home of Austin. Condolences may be expressed to the family online at www.worlein.com.