An Austin man arrested for a Saturday morning domestic situation made his first appearance on Monday in Mower County District Court. 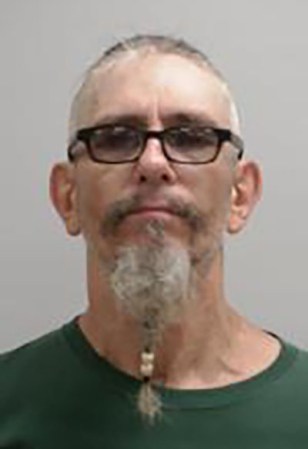 According to the court complaint, Austin police officers were dispatched to a domestic assault call at about 11:55 a.m. on Saturday at a residence in the 600 block of Eighth Avenue Southwest. Police made contact with two women (the alleged victim and a neighbor) at the neighbor’s residence.

The victim said she resided with Peterson and that he had been throwing things around the house that morning. She said when she told him to pick them up, he threw a television stand at her, striking her in the lower leg and causing it to bleed.

The neighbor told police she heard Peterson and the victim yelling while she was carrying items from her house to her garage.

While the victim was speaking to an officer, Peterson emerged from the residence and yelled that she was “lying.” Police spoke to Peterson and found him to be very loud, animated, and angry. When officers attempted to arrest Peterson for domestic assault, a scuffle ensued as they tried to handcuff him. When they placed him in the squad car, Peterson kicked one of the officers, causing injuries to his right hand and arm.

After being transported to the Mower County Jail, Peterson was found to be in possession of a methamphetamine pipe and two THC vape cartridges.

A review of Peterson’s criminal record shows a prior conviction for assault and several convictions for possession of a controlled substance.

Peterson will appear in court again on July 27.

Our opinion: Best Places to Work recipients are models of business culture

This past week, several area organizations were recognized by Workforce Development, Inc. as being one of the best places to... read more