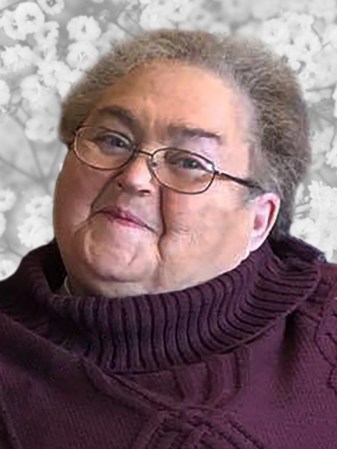 Darlene Joyce Ulwelling, age 77 of Austin, Minnesota, passed away peacefully surrounded by family Sunday, July 5, 2020, at St. Mark’s Nursing Home in Austin. Darlene was born November 10, 1942 in Milaca, Minnesota, to Elbert and Lavina (Moss) Sheely. She attended elementary school in Dexter and then attended Elkton High School. In her younger years during school, Darlene was an active member of 4-H. On August 20, 1960, Darlene married Paul Ulwelling at St. Peter’s Catholic Church in Rose Creek, Minnesota. They later divorced. Throughout her life, Darlene played many important roles. She was not only a devoted mother and housewife, but also spent time working as a nursing assistant, a waitress/hostess, and helped work on the farm. Darlene always loved to get together with her neighbors, as well as helping with the church units at Brownsdale Our Lady of Loretto Catholic Church. Other interests included sewing and cooking/baking, especially her well-known mints for all the family gatherings. Darlene had a love for painting ceramics, gardening, playing cards, BINGO, and crafts. She also enjoyed making flowers for multiple weddings. As a devoted grandparent, Darlene loved watching and attending her grandchildren’s and great grandchildren’s events and activities.

A visitation will be held from 4:00-7:00 p.m. on Wednesday, July 8, 2020, at the Worlein Funeral Home in Austin, Minnesota. A graveside service will be held at 10:00 a.m. on Friday, July 10, 2020, in Dexter Cemetery, Dexter, Minnesota. Worlein Funeral Home of Austin is assisting the family with arrangements. Condolences may be expressed to the family online at www.worlein.com.