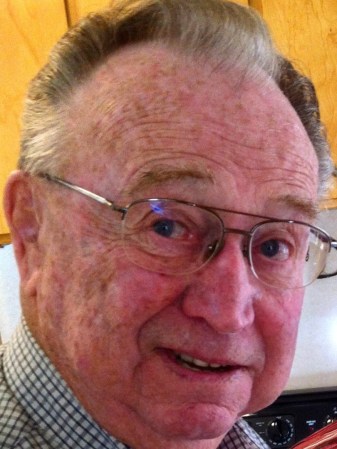 Dale Arlo Rugg, 90, of Austin, Minnesota passed away on Saturday, July 4, 2020 surrounded by his sons.

Dale was born on July 10, 1929 at the home of his parents J Donald and Morfydd (Miller) Rugg. He graduated from Austin High School. He married Goldie Richard, his high school love, on December 3, 1949. Dale and Goldie raised five sons. Dale’s journey in agriculture began as a dairy and hog farmer near Brownsdale, Minnesota, later moving to a dairy farm west of Lyle and finally to a dairy farm south of Austin; until he would disperse the herd of registered Holsteins in December, 1974. The herd name was Go-May Holsteins, a prefix Dale chose to recognize, Goldie. At the peak, Dale farmed over 1,000 acres and milked more than 100 high quality cows, including several District and State Show winners. He was particularly involved as a 4-H and FFA parent and volunteer and served on the Mower County Fairboard. In 2013 Dale was inducted into the Mower County Livestock Hall of Fame.

Upon retiring as a farm couple, Dale and Goldie moved to Austin. Dale sold agricultural buildings and was a highly successful Mediator for the Minnesota Extension Service during the farm crisis in the 1980’s. He also became active in the Kiwanis. Dale’s focus was his sons and later the families that would evolve with them. His kindness, his love and his generosity became a way of life.

Upon retirement, Dale’s focus would become the 10 grandchildren he adored. They would be the richest beneficiaries of Grandpa Dale’s wonderful sense of humor. Dale and Goldie loved attending their activities ranging from football games and homecoming coronations to music concerts, gymnastic meets and wrestling matches. Dale particularly enjoyed following his grandsons and great grandsons who wrestled, a sport that Dale participated in in high school. There was no day too long, no bench to hard and meet too far away for Dale to enjoy a good match.

Family relationships were an important part of Dale’s life. He developed meaningful and memory-filled relationships with each of his daughters-in-law, making up for the lost time of having only sons. He also cherished his in-laws – Goldie’s 8 brothers and sisters, a hole partially filled by the early death of Dale’s only brother, Kenny. And while there was no replacement for Dale’s bride of 68 years, his oldest son, Greg, evolved into his dad’s best friend and companion in Dale’s later years, a relationship that allowed for fulfillment and dignity during Dale’s final years, months and days.

Private services are planned. Interment will be at Oakwood Cemetery in Austin.