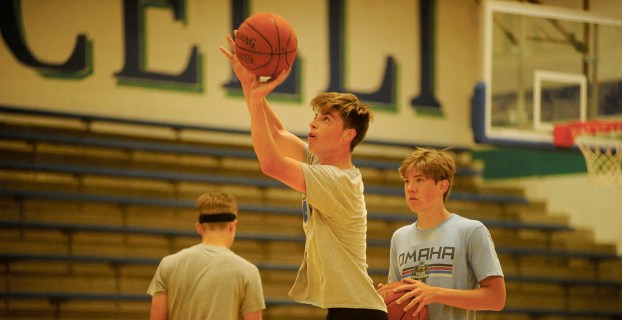 Sam Nelsen pulls up for a jump shot during a team workout in Lyle Gym Friday. Rocky Hulne/sports@austindailyherald.com

Athletics are staying motivated this summer

LYLE – In a span of less than 12 hours, Zach Bollingberg went from pitching the Austin 18U baseball team to a victory, to sweating it out in the gym with the Lyle-Pacelli basketball team.

It’s a typical workload for Bollingberg, who is hoping he gets the chance to make his senior year count after the COVID-19 pandemic wiped out L-P’s spring baseball season and continues to hover over the upcoming fall season. Bollingberg has yet to play in a state tournament, but he’s hoping this year could be the year for the L-P boys basketball team, which will bring back the bulk of its roster this coming winter. 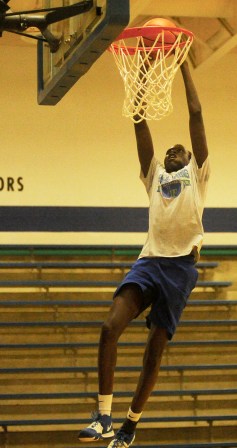 Lyle-Pacelli’s Buay Koak goes up for a jam in practice Friday. Rocky Hulne/sports@austindailyherald.com

“Our class has kind of been waiting for this moment. We’ve always been saying once our class gets up there, we’re going to go to state. Now it’s our last year and we’ve got to make it happen,” Bollingberg said. “It’s been a long time (since we were in a gym together as a team). It feels good finally getting a chance to get back in the gym, knowing that this is going to be one of our best chances to get to state next year. We want to get better and prove what we can do next year.”

Bollingberg, Jed Nelson and Cole Walter have been playing big minutes since they were freshmen and they’re hoping to go out on top. All three of them had older sisters play on the state championship L-P girls basketball team in 2018 and they would love to match that feat. 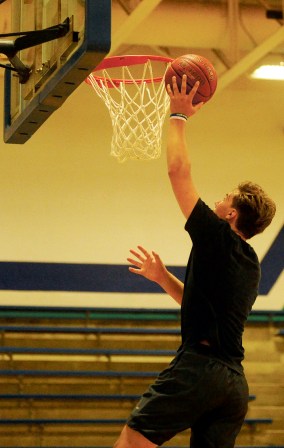 In order for the L-P boys to make that leap, they’ll need some big things out of Buay Koak, who had a breakout season as a freshman. Koak is playing with the Minnesota Lightning this summer, but he’s also mixed in some workouts with the Athletics.
“I’ve been trying to find some hoops outside, get some shots up, get some runs in and stay in shape,” Koak said. “I’ve been trying to work on the things that I should do. I know I’m not the main ball handler and I’ve been working on outside moves. I’m trying to get comfortable with what I’m doing and fit it into how we play.”

While nobody knows if there will be sports or what sports will look like during a pandemic, Bollingberg said he’s using his summer to prepare to compete. 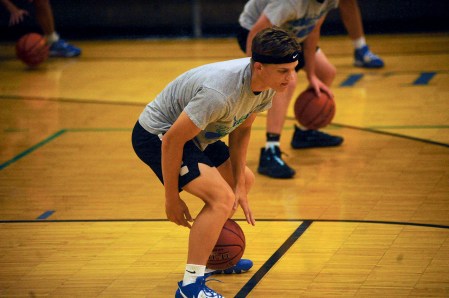 “You’ve got to practice like it’s going to happen, but you never know what’s going to happen,” Bollingberg said. “You’ve just got to wait and see.”
The pandemic has taught athletes all around the country about the unpredictability of life.

“It showed us nothing is guaranteed,” Koak said. “You can’t take anything for granted. You have to live every moment and be thankful for it.” 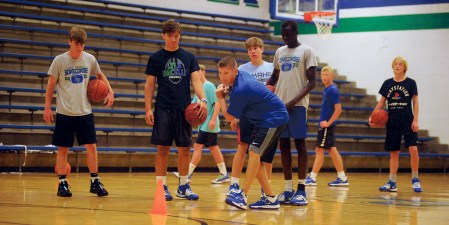 BY MYRON GRAGE For the Austin Daily Herald About 100 cars filled the pits at Chateau Speedway Friday night. The... read more