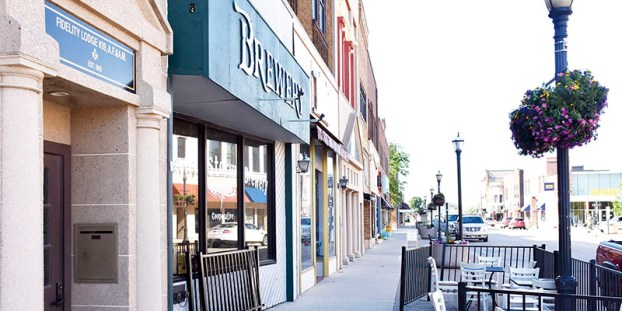 The coronavirus pandemic has left many businesses struggling as many had to temporarily close their doors to help “flatten the curve.” While Gov. Tim Walz’s executive order allowed restaurants in Minnesota to offer pick up and delivery service, many took a financial hit from not being able to have dine-in customers.

On June 1, as the state began to loosen restrictions put in place to slow the spread of COVID-19, the Austin City Council voted unanimously to approve the creation of a temporary administrative process for the approval of temporary outdoor seating. Those businesses interested in having outdoor seating could apply through the city; the application would then be approved or denied by the city administrator or another designee.

Any application that would be in the right-of-way, such as shutting down part of a street, would require council approval. Businesses seeking approval were required to meet certain performance standards, such as temporary signage and compliance with all applicable laws and codes.

Those that received approval were able to receive extra tables courtesy of the Austin Parks and Recreation Department.

El Mariachi was one of several restaurants in Austin to apply for outdoor seating. Mike Stoll/mike.stoll@austindailyherald.com

“Parks and Rec was so wonderful to offer extra picnic tables to anyone who wanted them,” said Sara White, owner of The Tendermaid on Fourth Avenue Northeast in Austin. “You fill out a form and they give you pretty much whatever you want. They were extremely helpful and this has made it easier for us to have that extra dining space.”

The Tendermaid already has some outdoor seating, but White was able to get six additional tables, including some with umbrellas, to accommodate more customers.

“We’ve been extremely busy already, but to have that extra seating to allow people to get together and enjoy outdoor seating and eat their favorite things has been wonderful,” she said.

“I’ve had a few more people come by having the seating outside,” said Pantaleon Mata, owner of El Mariachi Mexican Restaurant on Main Street in Austin.

As part of the approval process, the city may also administratively approve temporary expansion of liquor service to an on-site liquor licensee that has an approved application. The ability to serve liquor outdoors has been helpful to Mata.

“(Outdoor seating) increased business because right now we can serve margaritas,” he said. “That increased more than just take-outs.”

“If (the city) will still allow me (to continue having outdoor seating), I will continue to allow diners outside,” he added.

It was in late March when I first noticed that Marcusen Park was no longer empty. Little by little, small... read more