An Austin man being investigated in connection to a stolen credit card made his first appearance on June 18 in Mower County District Court. 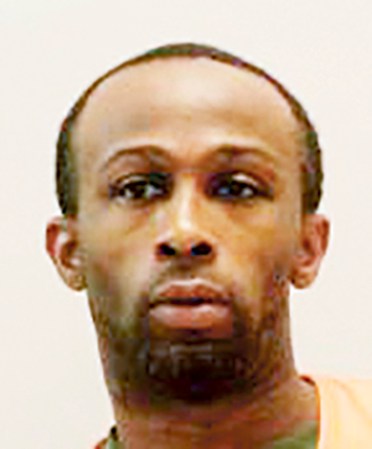 According to the court complaint, an adult male met with an Austin police officer on June 1 and reported that he lost his credit card on May 27 and that the card had been used without his consent. He said the credit card was used on May 27 at two liquor stores in Austin in the sums of $59.13 and $122.50. He also said that an attempt to use the credit card at a FootLocker store (in the sum of $160.00) was declined. He indicated his bank notified him of the fraudulent activity and told him to contact the police.

The officer obtained surveillance footage from the liquor stores taken at the time the fraudulent transactions were made. A manager of one of the locations said she recognized the suspect as “Cliff” (later determined to be Robinson).

The officer was familiar with Robinson and recognized him as the suspect in both videos.

On June 17, an Austin detective was advised that Robinson had been arrested on a charge of financial transaction card fraud. Robinson was booked in at the Mower County Jail and he confirmed that his current address was in the 300 block of First Street Southeast in Austin. The detective went to the jail to see if the stolen credit card was in Robinson’s possession when he was arrested and found that it was not. He was then granted a search warrant for Robinson’s residence to look for the stolen credit card.

Law enforcement then executed the search warrant and found a jar on the kitchen floor that appeared to contain drugs (later determined to be six grams of cocaine). They also found numerous suspected MDMA pills and a small amount of marijuana.

The officers were then granted another search warrant to look for controlled substances. During the subsequent search, a Taurus revolver (containing five rounds of .38 special ammunition) was found under a couch cushion. The firearm, ammunition, drugs, drug paraphernalia, and a surveillance camera were seized as evidence.

The stolen credit card was not found.

A review of Robinson’s criminal record shows prior convictions for assault and malicious punishment of a child. He is currently awaiting disposition on a felony drug possession charge.

AP-NORC poll: Nearly all in US back criminal justice reform

WASHINGTON — Americans overwhelmingly want clear standards on when police officers may use force and consequences for officers who do... read more