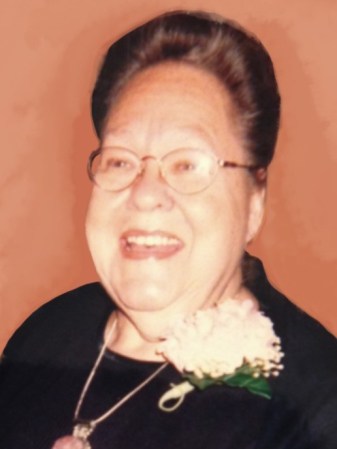 Marjorie or Maggie as she was called, died peacefully with family by her side on Wednesday, June 10, 2020, at St. John’s on Fountain Lake in Albert Lea, MN. She was 84.  Marjorie R. Maaske was born on March 13, 1936, in Seattle, Washington, the daughter of Robert and Kathlyn (Woodward) Wallace.  Throughout her life Maggie had lived in Washington State, Wisconsin, Austin and since 2004 in Albert Lea. While living in Austin she had worked with the Minnesota Sheriff’s Youth Program. Maggie had 5 children Russ, Brenda, David, Doug, and Larry who died at age 5.  She had many varied interests. One of her favorite things was the time she spent as a singer in a band. She so enjoyed the people she met at the various gigs. She also loved to get spiffed up and go dancing, any type, but especially swing. She enjoyed reading, crocheting and was an absolutely incredible cook.  She will be remembered for having the ability to make friends with anyone, anywhere.

Preceding her death was her mother Kathlyn Wallace Rehm and her son, Larry.

At Maggie’s request, there will be no services.

Maggie had big heart for animals, especially cats, so memorials are suggested to the Mower County Humane Society. Cards and notes of sympathy may be sent in care of Maggie’s family to Bonnerup Funeral Service, 2210 East Main, Albert Lea, MN.