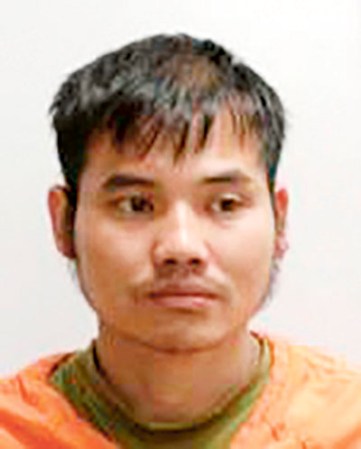 According to the court complaint, police were dispatched at about 10:37 p.m. on Monday regarding a vehicle stolen from a residence in the 400 block of Fourth Avenue Southwest. A woman at the residence reported that Nah took her 2015 Toyota Corolla without her permission. She said that he resided with her, but never had permission to use the vehicle.

At about 12:21 a.m. on Tuesday, the officers responded to a report that the vehicle was at a residence in the 1900 block of Sixth Avenue Southeast. Nah was located and arrested; the vehicle’s keys were located in his pocket and returned to the owner.

Using a Language Line interpreter, an officer read Nah a Miranda warning and asked about the Toyota. Nah said he resided with the woman, but had not received permission to drive her vehicle and was never allowed to in the past. He said that he took the keys and drove the vehicle to a friend’s house.

A review of Nah’s criminal record shows prior convictions for DWI and fleeing a peace officer. His license status is “cancelled as inimical to public safety.”

Nah will appear in court again on June 18.