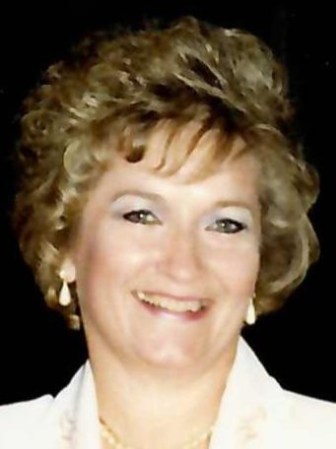 Lois Fay (Hemmer) Lewis of Austin, MN died June 17, 2020 in her home surrounded by her husband and children.

Lois was born February 21, 1936 to Neil and Mildred (Poggenpohl) Hemmer in Austin, MN. She met Dale Lewis, the love of her life, in the summer of 1950. Lois started painting portraits for Hockett’s Studio in the 11th grade. She graduated from Austin High School in 1954. After Dale returned from the Navy, the two were wed January 15th, 1955. To this union, four children were born: Craig, Todd, Ann, and Rebecca. Lois continued to paint portraits until 1961.

She worked at Fantles, Parenting Resource Center, and was also a part owner of the Windfall gift shop. She was an excellent secretary for Dale’s business. Lois was an active member of her community. She was co-chair for the “Celebration Austin” event celebrating the opening of the new Hormel plant, a member of WASSO, Vice President of League of Women Voters, lifelong member of Austin Floral Club, and a Deacon at St. Olaf Lutheran Church. Lois loved singing. She sang with the St. Olaf choir and with Northwestern Singers for over 20 years. She also sang with The Sweet Adelines and The Second Edition of the Hormel Girls.

She lent her artistic talent to every organization in which she was a member. She created many local letterheads including Hockett Studios, and one for St. Olaf church which was used for over 50 years. She also painted life-size manger scenes complete with animals and an empty tomb for her church. She created larger-than-life Oscars and many other set-pieces for The Northwestern Singers, as well as programs and posters.

As large of an impact as she had on her community, she had an even greater impact on the lives of those she loved. She was an excellent wife and mother, raising four children while her husband worked two jobs. She loved decorating and created a beautiful home. She gently cared for her aging parents, and was a soft-spoken, caring and kind friend to all. She will be greatly missed.

She was preceded in death by her parents and one brother Wayne Hemmer.

A private funeral service will be held at Clasen-Jordan Mortuary on Sunday, June 28, at 11 am with a visitation for one hour prior to the service. Burial will be at a later date.