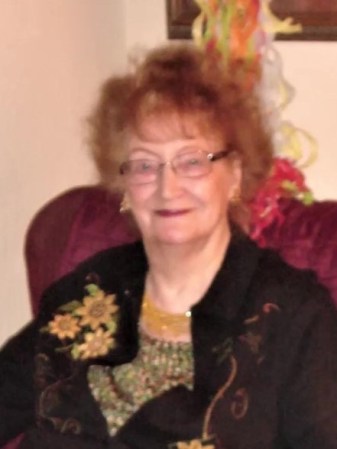 Kathleen was born November 4, 1919 in Langdon, North Dakota to Bernard Henry Platz and Josephine Emily Wimmer. She was the oldest of ten children, all of whom preceded her in death. Kathleen grew up in Wales, ND and graduated from Wales High School in 1937 and from Mercy Hospital School of Nursing in Devil’s Lake, ND in 1940 with a Registered Nurse degree. She worked in several hospitals including Mercy Hospital in Devil’s Lake, Langdon, ND Hospital, Ancker Hospital in St. Paul, MN and Charles T. Miller Hospital in St. Paul, before coming to Austin, MN in 1944 at the invitation of one of her former patients. She soon began working at St. Olaf Hospital and worked there many years before going to work for Comforcare in Austin where she remained until her retirement.

Shortly after her arrival in Austin, she met Merrill J. Frisk and they were married at St. Augustine Catholic Church on April 21, 1945, and remained life long members. They lived in Rochester for five years then returned to Austin where they spend the remainder of their lives.

Kathleen loved to cook and bake, which she did on a daily basis until she was nearly 98 years old. Her family thought it was time for her to take a break and her youngest son, Joseph, who lived with her took over much of the cooking and her daughters helped out by preparing breakfast for her every morning. She admitted that it was wonderful being waited on for a change. Kathleen also enjoyed staying up quite late reading, doing crossword puzzles, and looking through cookbooks for recipes. She often asked if there was any news on Facebook, so her family set up a Facebook page for her so she could check for herself, and more recently she watched Mass from St. Augustine Church on her laptop every Sunday. Kathleen was very religious and prayed for everyone daily along with at least one rosary every day.

Private family services are being planned.

We’ve still got a long ways to go in the COVID-19 pandemic, but both state and locally there are continuing... read more