Graveside services for Donna M. Sweazey of Albert Lea, will be held at 10:30 A.M. on Monday, June 15, at Oakwood Cemetery in Austin, Minnesota. The Reverend Riley Brown will officiate. 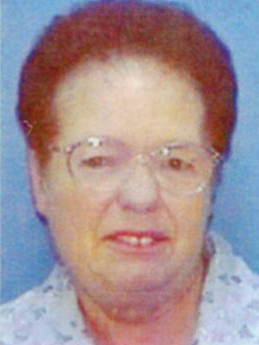 Donna  Sweazey passed away at the Good Samaritan Society on May 3, 2020. She was 92 years old.  Donna Marie (Adams) Sweazey was born on July 24, 1927 in Austin, MN to Albert and Julia (Bell) Adams. She grew up in Austin, graduating from Austin High School in 1945. On August 26, 1946, she was united in marriage to Lawrence Sweazey in Austin, MN. To this union, two daughters were born: Terrie and Susan. Donna and Lawrence spent many wonderful years together until his death on August 8, 1999.

In her earlier years, she liked going fishing with her husband. Recently, she enjoyed reading, embroidery and playing the piano. You could usually catch her singing “You Are My Sunshine” as well as some other favorites of hers. Donna was very proud of her family. She can be described as easy going, spunky and funny. It didn’t matter where or what Donna was doing, but you could be assured that whatever it was, she was always late getting there!  She is preceded in death by her husband, Lawrence in 1999; both parents, Albert and Julia Adams; and a brother, Albert Adams Jr.   Those left to carry on her legacy include her two daughters, Terrie (Ed) Sletten and Susan (Dave) Smith; grandson, Chris (Denise) Sletten; great-grandchildren, Kaelyn (Paul), Kiel Sletten, Karter (Natalie Aaseth) Sletten; great-great-grandchildren, Augist, Ascher, and Alayah Besser; sister, Judy (Duane Johnson) Stancl; as well as many extended relatives and friends.  Blessed be her memory!  Bonnerup Funeral Service, Albert Lea, is assisting the family.