DEED grant would put $10K in the pockets of small business 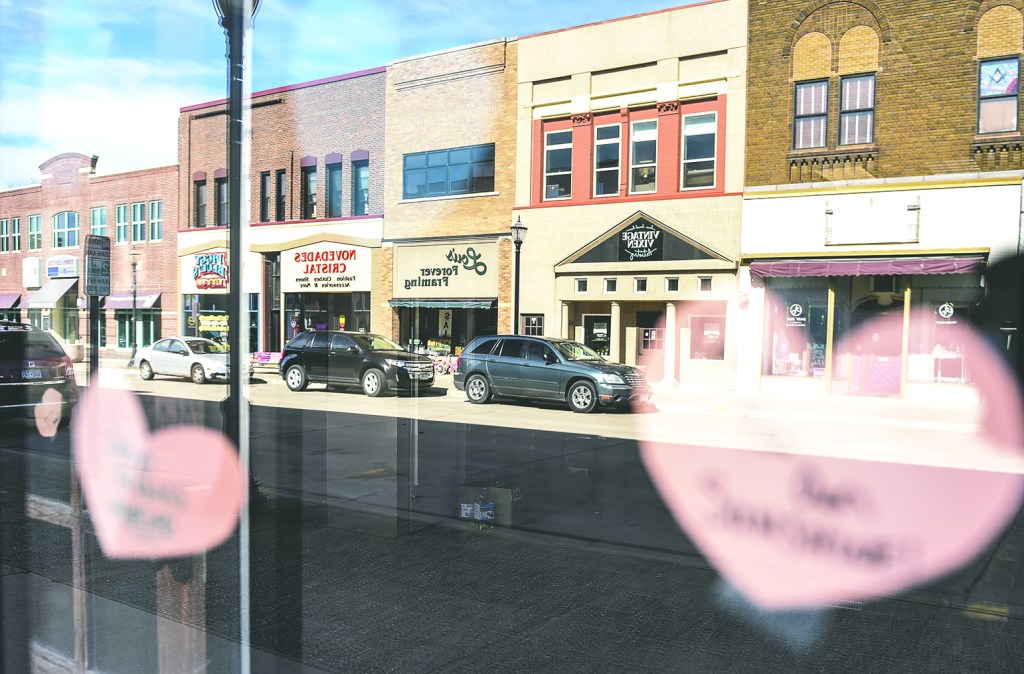 On Wednesday Gov. Tim Walz announced that he would be allowing the stay-at-home order to expire on Sunday night and that some retail opertaions would be allowed to open again starting Monday. Eric Johnson/photodesk@austindailyherald.com

On Tuesday, the application period opened up for $30 million in available grant funding for small businesses in Greater Minnesota.

The Minnesota Small Business Relief Grants Program is made available through the Minnesota Department of Employment and Economic Development and breaks down to a $10,000 grant for those businesses that are chosen through a lottery draw.

The grants are another effort to get much needed funds into the hands of struggling small business owners during the COVID-19 pandemic.

“It’s hard to know how many businesses have been impacted, but you can safely assume a good number have been,” said John Garry, executive director of the Development Corporation of Austin and Austin Community Growth Ventures. “It’s pretty similar to what you hear elsewhere. A lot of businesses have applied for different programs and to the extent that it helped them you would probably have gotten a mixed bag.”

The grants would go toward supporting areas like payroll expenses, rent, mortgage payments, utility bills and other business expenses. Eligibility requirements include:

• Majority-owned by permanent Minnesota resident; and

• Businesses must be able to demonstrate hardship as a result of the COVID-19 outbreak.

Since the outbreak of the COVID-19 pandemic, small businesses have been forced to find new ways to remain open, oftentimes having to take drastic steps, including letting employees go.

According to an Associated Press story last week, Minnesota unemployment hit a record 9.9 percent in May and DEED reported that 303,000 Minnesotans were unemployed in May, up 35,000 from April.

A report in April by the Federal Reserve Bank of Philadelphia said that social distancing itself has been a major burden for small businesses, by “radically reducing demand for their services.”

Even as Minnesota continues to loosen up restrictions, many small businesses are still taking a hit.

“We’re very sporadic, I would say,” said Real Deals co-owner Kim Steirnagle, commenting on how business has been since reopening. “There are days where we are busy and days where we are not. We’re trying to do some things online and that has helped.”

Steirnagle and Kim Underdahl, Real Deals other co-owner, became aware that the DEED grant was coming when their banker told them about it after initially closing up shop at the beginning of the pandemic. As soon as the application process opened on Tuesday, they immediately filled out the application.

Steirnagle said they are already looking ahead to the future should they be one of the recipients of the grant for help with daily operations and putting them in a position to be able to order new items in an effort to keep people interested in coming back.

But they are also casting a wary eye to the holiday season.

“I guess our greatest fear is circulating back to Christmas time, our busiest time of the year,” she said. “We’re counting on just kind of banking (the grant) and helping us get through the future.”

Groups like the DCA and the Austin Chamber of Commerce have begun working with businesses like Real Deals to get a better idea of just where the business community is standing.

“The DCA and chamber distributed a survey to 50 and 60 businesses,” Garry said. “What we’re trying to do is get a little bit past the case by case basis. We want something a little more data driven and at the same time create a more thorough process to get more referrals to more businesses to get additional funding.”

This includes working to get more information to immigrant-owned businesses and making sure they are included in this effort.

“I think there is a concern that the source of information for immigrant owned businesses is a little bit different than businesses that have been here a long time,” Garry said. “One thing is we’ve been working with a lot more partners like the Welcome Center and the Immigrant Law Center of Minnesota that’s based in Austin. Leaders in Austin that have a better connection with the immigrant community to do more direct outreach to make sure the word is getting out.”

Included in the grant process are translations for Spanish, Somali and Hmong people, including the application itself at the DEED site.

A part of the DEED funding is the Cultural Market program that will be handled through a separate application process soley for operators of the markets.

While these grants are another positive step to help struggling small businesses, Garry hopes it isn’t the end.

“We’re hoping more will come and I think it will,” he said. “It sounds like some additional CAREs dollars are hung up at the Capitol. They are trying to sort that out and I think that could be a bigger boost.”

At the same time, Garry has seen businesses step up and do what they had to do to keep operating in a very difficult time.

“We’ve definitely had plenty of interaction with small businesses and the DCA and I think people just sort of roll of their sleeves and say, ‘how do we get through this?’” Garry said. “I think what I’m hearing from a lot of sources is to look ahead to your retail or office and just really plan ahead. It could be things might not go back to normal. Streamline curbside pick up. I know people are exploring that, but it’s hard to implement some of the changes.”

And some of it simply has to do with staying busy.

“That’s when we started doing the online sales,” Steirnagle said. “We started to think outside the box to continue getting revenue in. We had a couple real good ones that helped us get through. And we felt like coming in made it feel like we were still normal.”

The application process runs through 5 p.m. on July 2, Garry estimates it will take around 20 minutes to conclude.