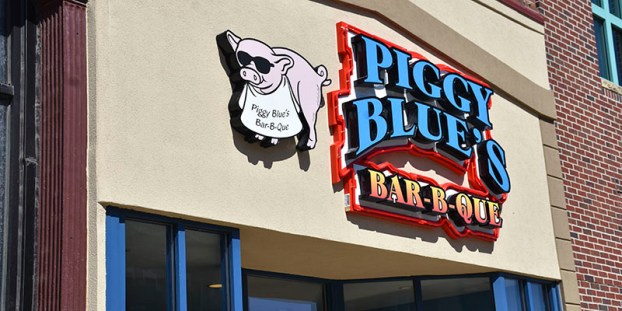 Piggy Blues BBQ in Austin has not yet opened for dine-in. Michael Stoll/mike.stoll@austindailyherald.com

‘Currently on hold’: Not all restaurants implementing dine-in yet

But one of the biggest changes implemented is that restaurants and bars may now allow indoor dining. To do so, restaurants can only serve 50 percent of capacity at any time, not to exceed 250 diners, require reservations, and must ensure that diners maintain six feet of distance. Staff is also required to wear masks while diners, though not required to do so, are strongly encouraged to wear masks.

With Phase III being implemented, several restaurants and bars in Austin have announced on social media that they have reopened for dine-in.

But not all restaurants have decided to open for dine-in yet.

“We decided to delay opening to give ourselves extra time to train our team on new policies and procedures for dine-in service,” said Josh Diaz, owner of Piggy Blues BBQ on Main Street in Austin.

“We’re currently on hold; we were planning on opening, but there has been a huge spike in cases and we know a lot of people who are quarantined,” said Israel Gonzalez, owner of 1910 Fresh Mexican Kitchen in Austin. “We decided it would be a tough week to open up. We’re looking possibly for next week.”

Gonzalez said his decision was based on several reports of restaurants in the Twin Cities reopening, only to have to shut down for two weeks after one or more employees tested positive for COVID-19.

Gonzalez also owns Mixto Fresh in Austin, which is currently closed due to another impact from the pandemic: unemployment payment and lack of product availability.

“We’re trying to make (Mixto) work, but it’s tough when employees are getting what they get with the unemployment checks and are not too eager to come back to work,” he said. “Plus there’s the price of meat and produce. Meat has gone up about three times in price and it’s getting hard to find some products. This week, we’ve only had one full shipment. It’s kind of a toss of the coin with what we can get.”

“We’re hoping to figure it out and get going,” he added.

Parks and Rec working on getting people moving again

Slowly but surely, Austin youth are emerging from their COVID-19 induced hibernation and getting out and moving. Austin Park and... read more