An Albert Lea man arrested at Todd Park after allegedly being found in possession of drugs made his first appearance on Monday in Mower County District Court.

Davontae Jerome Drenth-Pitchford, 24, has been charged with two counts of felony third-degree drugs – possess schedule I or II narcotic in a park zone – and misdemeanor fourth-degree DWI – under the influence of a controlled substance. 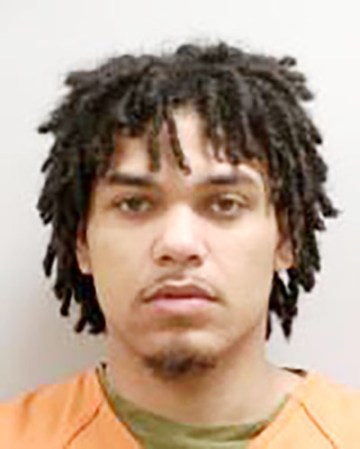 According to the court complaint, a Mower County deputy was on patrol in the area of Todd Park in Austin at about 12:23 a.m. on June 5 when she spotted a 1998 Infiniti I30 in the closed park. She saw two people in the vehicle and approached as an Austin police officer arrived on the scene. The deputy detected a strong odor of marijuana coming from the vehicle as she made contact with the occupants, an adult female passenger and the driver, Drenth-Pitchford. She asked them what they were doing in the park and the passenger said that they were low on fuel and were waiting for a friend to return with some gasoline.

The deputy advised that she could smell the odor of marijuana and Drenth-Pitchford reached into the ashtray and surrendered two marijuana “roaches.” The deputy asked if there was any other contraband in the vehicle and they both said no. She then had them exit the vehicle and the vehicle was searched. The deputy observed a plastic bag containing a crystalline substance (later determined to be approximately ½ grams of methamphetamine) inside the driver’s door handle. The passenger told the deputy, “If there is anything on the driver’s side, it has to be from (Drenth-Pitchford).”

The deputy and officer located a folded piece of aluminum foil with burned heroin residue on Drenth-Ptchford’s person. After the vehicle search, the deputy interviewed Drenth-Pitchford after reading him a Miranda warning. Drenth-Pitchford indicated that he placed the methamphetamine in the driver’s door handle and that he had last used methamphetamine “a couple hours ago.” He also said he had used heroin at about 7 p.m.; the deputy observed that his pupils were dilated and reacted slowly to light.

Drenth-Pitchford claimed that he did not drive the vehicle and that he was only seated in the driver’s seat.

The deputy then interviewed the passenger after reading her a Miranda warning. She said that the methamphetamine in the car belonged to Drenth-Pitchford and that he had driven the vehicle from the City of Albert Lea to its current location.

The deputy was granted a search warrant for a sample of Drenth-Pitchford’s blood or urine. Drenth-Pitchford agreed to provide a blood sample, which was drawn and sent to the Bureau of Criminal Apprehension laboratory for analysis.

A review of Drenth-Pitchford’s criminal record shows a prior conviction for failing to register as a predatory offender.

Drenth-Pitchford will appear in court again on June 18.

Star Tribune After the violence and destructive chaos that erupted after George Floyd’s cruel death on a Minneapolis street, we... read more