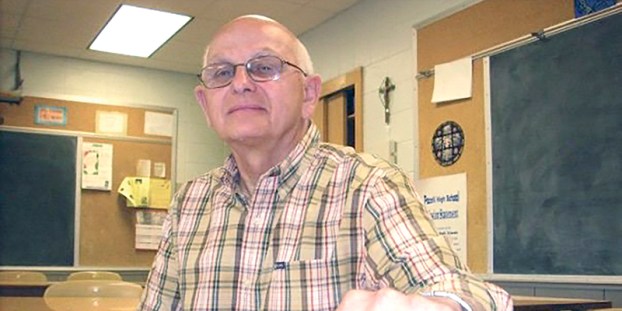 Gary Erlandson, known as “The Earl of Pacelli,” had a big impact on those that knew him and who were taught by him. Erlandson passed away last week at the age of 77. Photo provided

The Earl of Pacelli: For 44 years in education, Erlandson had an impact

When Gary Erlandson passed away last week, a lot of community members took a little time to look back on the giant impact the man known as ‘The Earl of Pacelli” had on them.

While he was generally soft spoken, Erlandson’s spirit and work ethic helped boost that Pacelli team to new heights.

Jacob Nelsen, who now has children that are fourth generation Pacelli students, was a standout player for the 1992 Shamrocks and he said the team took on the identity of its head coach. Nelsen recalled a time during his junior season when Erlandson had a mild heart attack on a Wednesday, but was back in practice on Friday. 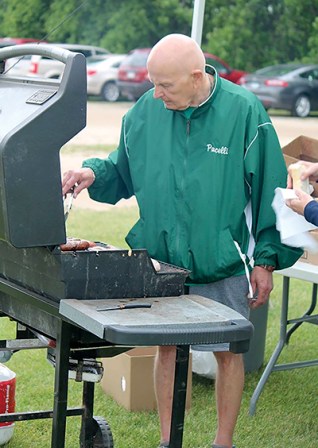 Gary Erlandson could be found manning the grill during events like Pacelli Golf Day. Photo provided

“He was not the type to give flowery speeches in the locker room, but he showed us how to do things the right way,” Nelsen said. “That 92 team reflected Erl quite a bit. We were very understated and we didn’t have the most talent in the world, but we stuck to it and we had a work ethic. That’s what Erl embodied.”

Well after he retired, Erlandson, who was 77 when he passed away, stayed involved with Pacelli. He was often seen grilling hot dogs at the Pacelli Golf Day, taking stats at basketball games and offering support for the school and its athletic teams.

“He did everything for the school,” Nelsen said. “He worked there during the summer and he cleaned the buildings. He coached almost every sport. He was an amazing guy. He was incredibly loyal to the school. He is going to be sadly missed. (Hearing he passed) was bad news.”

Austin High School Athletic and Activities Director Lisa Quednow graduated from Pacell in 1993 and recalled Erlandson as being a positive force in the classroom and in athletics. She played softball with Erlandson as her assistant coach and he certainly helped inspire her to work around athletes. 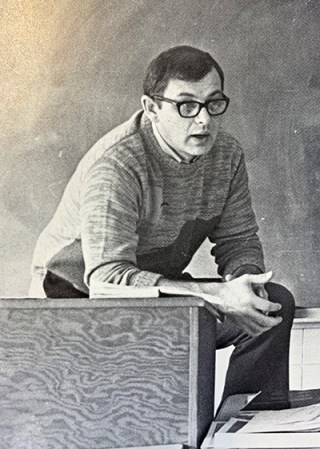 “You feel like he was at Pacelli forever,” she said. “He was a great English teacher. He always had a really good sense of humor. When you’re a high school kid playing sports, it was really nice to have that balance. He had great relationships with kids. I don’t think you’ll find anyone who had him as a teacher or coach who didn’t have a relationship with him. He made you feel important and he was a super great guy.”

Suzy Herbrink graduated from Pacelli in 1986 and has been lifelong friends with Erlandson’s oldest daughter. She played for Erlandson in basketball and had him as her assistant coach at Riverland Community College.

“He was such a staple,” she said. “You think of Pacelli and he was one of the first people you thought of because he was always there. He went hand in hand with the school and what it represented. He was a teacher in every aspect of his life. He was a teacher by profession, but he certainly taught the game of basketball. He was such a genuine person who led by example.”

Erlandson was inducted into the Pacelli Athletic Hall of Fame in 2010.

Grand Meadow has been a model of success

GRAND MEADOW —Grand Meadow grad Zach Myhre was a wrecking ball on offense and defense when he played for the... read more