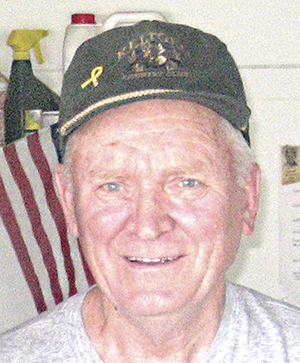 Roger was born on Nov. 2, 1936, to Edward and Josie (Ingvaldson) Jensen. He attended and graduated from Austin Public Schools. Roger was united in marriage to Rose Pfeifer on Oct. 2, 1965, at Red Oak Grove Lutheran Church.

Roger farmed in the Corning area from the time he was a little boy. At age 15, he took over the responsibilities of the family farm. He enjoyed working alongside neighborhood farmers, visiting, playing cards, watching stock car races, sharing corny jokes, swimming at Beaver Lake, and traveling with his family and friends.

He was preceded in death by his parents, Edward and Josie; his sister, Donna (Ed) Pfeifer; his half-sister, Joanne (Art) Schammel; and his wife, Rose. Roger is survived by his two sons, Chris (Christine) of Rochester, Minnesota, and Jay (Peggy Dainty) of Minneapolis, Minnesota; one sister, Lois (Steve) O’Neill of Arizona; three grandchildren, Rose, Peter and Alex; and numerous cousins, nieces, and nephews.

The family thanks the kind souls at the Cedars of Austin, Adams Health Care Center, and Mayo Clinic Health System’s Hospice Program for the tender care and attention they provided to Roger over the months and years.

A private funeral service will be announced in the weeks to come. In lieu of flowers, memorials are preferred to the Future Farmers of America (www.ffa.org).

Julia Works is a senior in Blooming Prairie. Q: What sports do you compete in? A. Volleyball, basketball and softball.... read more