Martinez wins Democrat endorsement in race against Bennett in District 27A

Thomas Martinez of Hayward won the District 27A DFL endorsement this week and will face off against incumbent Rep. Peggy Bennett in the general election.

The exact vote totals were not released.

“I’m really looking forward to running a clean campaign against Peggy Bennett,” Martinez said. “I will be reaching out to her soon to extend a hand.” 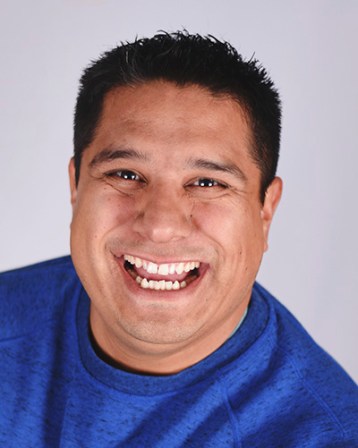 Born and raised in Freeborn County, Martinez graduated from Albert Lea High School in 2002. He earned his Associate of Science degree from Riverland Community College and is currently a biomedicine student at Minnesota State University-Mankato. He works as a transportation driver through St. John’s Lutheran Community.

He said while he respects Bennett, R-Albert Lea, he thinks there needs to be someone in office who will stand up for southern Minnesota’s habitat as well as its economy.

“We’re leaders in renewable energy, and we need someone who’s going to fight for that,” he said.

Martinez said he believes in single-payer health insurance and believes that health care is a human right. He will push for more bike paths and legalizing recreational marijuana.

“I’ve always had a spotlight on working people, those who earn less than a median income,” he said. “The value of their work in my eyes has always exceeded what they’ve been afforded, what they’ve been given.”

He noted he supports Minnesota Gov. Tim Walz’s spending decisions surrounding the COVID-19 pandemic and thinks the state’s response has been appropriate and centered around people.

He said implementing the democratic ideals of tuition-free college, $15 minimum wage and sick family leave will move the state back to a budget surplus, with the help of extra revenue from recreational marijuana.

This is Martinez’s second time running for the DFL endorsement after running against fellow Democrats Terry Gjersvik and Colin Minehart in 2018. He was ultimately defeated by Gjersvik in May of that year.

Pacovsky wished Martinez the best of luck and thanked all those who voted for him and took the time to go through the voting process.