Six Luther College students have each received a $1,000 Steven Mark Anderson Scholarship for the 2020–21 academic year, including Ochain Okey from Austin. 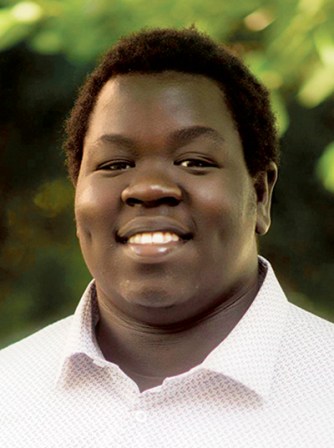 Okey is a sophomore from Austin, Minnesota. He is majoring in biology with a minor in chemistry. His campus memberships include Habitat for Humanity, Black Student Union (BSU), Norse Against Sexual Assault (NASA), Chemistry Club and Health Science Club. In addition, he is active musically, having played his bassoon in Wind and Percussion Ensemble, Philharmonia, and Concert Band.

He received the Outstanding First Year Student Award in 2019 from the TRIO program. Following his 2022 Luther College graduation, Okey plans to earn a doctor of pharmacy and master of public health degrees. In preparation, he completed the Summer Health Professions Education Program (SHPEP) at the University of Iowa and has been accepted to the Life Sciences Summer Undergraduate Research Program at the University of Minnesota.

How to manage market hogs destined for local meat lockers