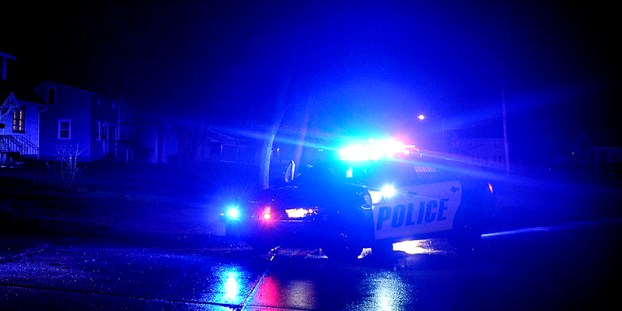 The need for law enforcement never decreases, even during a pandemic. But with the risk of exposure, the Austin Police Department and Mower County Sheriff’s Office have taken steps to ensure staff are protected, both at the Mower County Law Enforcement Center (LEC) and when dealing with the public.

“The APD has approximately 21,000 calls for service in any given year,” said Austin Police Chief David McKichan. “Roughly 10 percent of those are medicals and lift assists. These are also calls that the Austin Fire Department may assist us on in coordination with the Mayo Ambulance Service. All of us have had to adjust our response to these calls due to COVID-19 concerns. For instance, while we still dispatch at least two first responders to these call types, we may not have those responders make patient contact if it is not a life emergency situation. Whereas in the past, all first responders would have made contact until Mayo (Ambulance) arrived. If for some reason it is not a life critical call and contact is still needed now to assess the situation, only one might make entry while the other resource waits outside. We can limit our exposure to patients and patient exposure to us by doing this. We still stand ready on scene to assist the ambulance service if requested or react to a changing medical situation, but this lessens our direct patient contact on calls.” 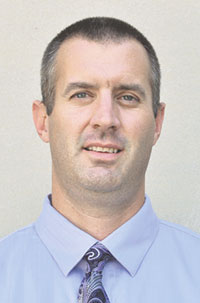 The APD and the MCSO are requiring staff to wear personal protective equipment at the LEC and when on calls.

“All of our deputies are wearing masks when out in public and when in our building to protect our partners and themselves,” said Mower County Sheriff Steve Sandvik. “We have N95 masks we wear when on high-risk calls, such as CPR or things that would be considered high risk of transmission of the virus. We’re utilizing our department issue raincoats as a barrier gown, face shields and eye protection. We issued that stuff back in March and our deputies are required to utilize that stuff and are encouraged strongly to follow personal protection standards and social distancing when at work and when at home.”

“When we do make contact on medicals and lift assists, we now do so with the requirement that officers wear an N95, a face shield and gloves,” McKichan said. “Prior to COVID-19, gloves would have been the only personal protection equipment we would have likely used on these calls as blood borne pathogens were our greatest threat. Some calls that screen in with possible COVID-19 symptoms may also call for us to wear a gown or our rain gear to protect us if we make entry. They would be decontaminated afterwards. As officers deal with warmer weather, they have to wear this additional PPE in combination with their duty gear and vests, often in enclosed warm indoor environments, and it can make those calls more challenging for them.”

“We are also requiring officers wear the N95 mask on all other types calls for service when they can,” he added. We have made some internal changes within the LEC to decrease staff contact and increase physical distancing. We are also more mindful about cleaning surfaces in the building and in our cars.”

In order to maintain social distancing within the Mower County Jail, steps had to be taken to reduce jail population. 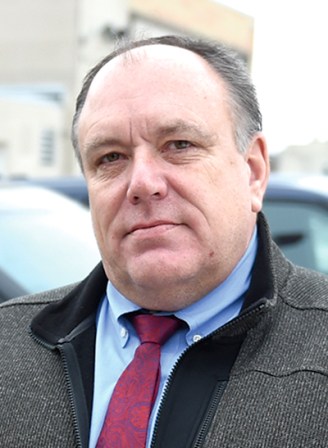 “We worked with the court system, and it has been pretty standard throughout the State of Minnesota that there has been a decrease in the number of people jailed and the delaying of some complaints,” Sandvik said. “Public safety risk crimes are still being jailed. We were able to reduce our numbers largely by sending people to prison and moving sentencing forward. We slowly reduced our numbers to a point we were able to single-bunk every inmate, so every inmate has their own cell. We cleared an entire pod within our jail.”

To prevent any new inmates from possibly spreading the coronavirus, Sandvik said the normally 72-hour intake process has been increased to 21 days.

“New inmates) do their initial (court appearance) in our intake area and if they’re clear of symptoms, they get moved to a secondary area for another seven days,” he said. “If they’re clear of any symptoms, they are moved from that area to yet another one. So in a situation with anyone going into a general population situation where they can interact with other inmates in a common area, we’re confident we’re not taking anyone into general population that may have COVID-19 or any signs or symptoms. We’ve done a great job and our jail is probably one of the models among several others in the state because we’re able to set up an effective situation where we can guarantee that an inmate has not had any disease for 14 days.”

Jail and County Court staff have also had to make adjustments to how court hearings are carried out.

“We’ve moved a lot of our initial and more preliminary hearings to strictly an ITV or video conference with the judges to minimize the amount of transport of inmates in and out of their housing units and minimize any risk,” Sandvik said.

Like other law enforcement, jail staff is required to wear masks at all times in the facility. Sandvik said they have also increased disinfecting procedures and hand washing. But the biggest change for jail staff, as well as dispatch and patrol, has been a mandatory change in shifts to 12-hour schedules as a means to minimize the number of people to touch common areas.

“That’s a big life change for people and they have all stepped up huge,” Sandvik said. “It’s a really outstanding team we have here and I’m really proud of them.”

McKichan said that the APD has not seen an increase or decrease in calls; however, he did express some concern about how citizens will react to loosening restrictions.

“One of our biggest challenges I think mirrors that of citizens in Austin as a whole in that we have been in this readied state for several months now without necessarily seeing a local impact beyond our own preparation and changes,” he said. “Those first few weeks being ‘on guard’ I think came a bit easier for folks. As time has gone on without a direct impact for most of us, that presents a difficult environment to remain vigilant in. The loosening of the Stay-at-Home order might also cause one to have a false sense of security, which can erode adherence to protective measures. As we see Mower County’s numbers continue to grow more quickly, and the first local death having appeared on our radar, it is just as important now to stay committed to the new measures as it was a month or two ago. The officers have been very good about understanding this and doing what they can to protect themselves, their co-workers, their families, and their community.”

“I do view medical response as an important role for our agency to continue to play in Austin, so we will continue to assist on them,” he added. “Every year we are able to save lives by being one of the first resources on scene. We have made these changes in partnership with the Fire Department and Mayo Ambulance. This does put some additional stress on the ambulance services though and I want to recognize the outstanding work they have been doing locally during this outbreak. We do of course advocate that anyone who needs help from the APD continue to call us as we are as ready as ever to help out. I know the Mower County Sheriff’s Office and Austin Fire Department also stand ready to assist when called.”

Mower County to re-open to the public