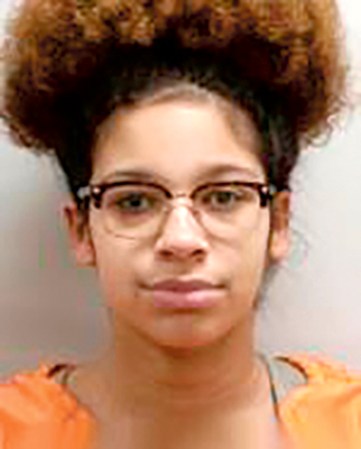 Court documents state that at approximately 11:53 a.m. on July 19, officers from the Austin Police Department were dispatched to a “hit and run” incident where a car struck a pedestrian at the intersection of Second Avenue and First Street Southeast and then fled the scene.

An officer was enroute to the location and was waved down by a subject who advised that the victim, an adult male, was inside a nearby store. The officer went into the store and observed the victim lying on the floor and bleeding profusely. He called for an ambulance and advised responding officers of his location.

More officers arrived and attended to the victim, who identified Ward as the driver of the suspect vehicle. The victim said he broke up with Ward the previous night and she had been following him around for the last several hours while he was on his skateboard. The victim said he was in the middle of the road and tried to avoid Ward’s vehicle, a 2008 Mazda 3 sedan, but was not successful.

The victim believed Ward was driving about 45 mph when she intentionally struck him with the Mazda.

The victim was soon transported to Mayo Clinic Health System – Austin, where his injuries (fractured right arm and several large lacerations) were initially classified as “substantial bodily harm.” However, the victim had an open chest wound, an open wrist fracture, and a severed artery in his arm. The bleeding could not be controlled despite the application of two tourniquets to his arm and he was transported to Mayo Clinic Hospital, St. Marys Campus-Rochester, where he underwent emergency surgery for his injuries.

An adult male witness reported that he was walking with the victim and they were crossing the street at Second Avenue and First Street Southeast when he heard a car speed up and strike the victim. He said the driver of the suspect vehicle was Ward, that she was the victim’s ex-girlfriend, that she was pregnant, and that they “broke up” the previous day. He said that the car was traveling approximately 45 mph when it struck the victim.

A juvenile male also said he was walking with the victim at the time of the incident and that Ward was the driver of the Mazda. He said he saw Ward speed up and swerve at the victim to hit him.

Another adult male said he did not see the incident, but he did see Ward pull the Mazda to the side of the road, get out and dump water on the car’s hood, and then wipe it off with a towel before she drove away. He also reported that the front passenger side windshield was smashed.

Ward was arrested on July 23 at a residence in the 800 block of West Oakland Avenue. Police obtained a search warrant for the residence after receiving information Ward might be there. The resident, who police believe was a friend of Ward, cooperated and allowed them to enter. Ward was found in a bathroom and arrested without incident.

The Mazda was found at an auto repair shop in Austin.

Ward will be sentenced at a later date.

Photos: ‘We Miss You’

Pacelli staff, students join the parade route of schools arranging opportunities for students and teachers see each other. read more