Believing in a world of kindness

This petite dynamo of a woman is very self-effacing.

She made it clear that the focus of a column about her should be kindness: the many kindnesses that she has received and the kindness that she hopes everyone will show to others daily and especially in this trying time.

Alice Holst learned early the importance of kindness and the devastation of bullying as she watched her brother, a polio victim who wore braces and used crutches, struggle with high school in her hometown of Albert Lea. She treasures the kindness of teachers who intervened in many ways to help her family. 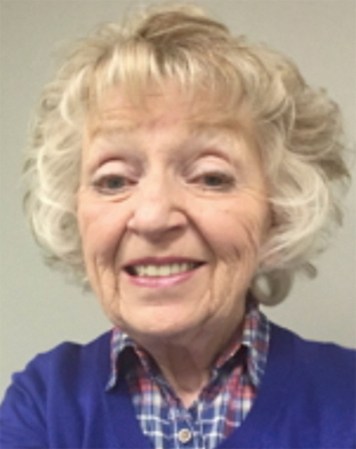 When finances became a problem for her to attend Winona State, Alice finished an AA degree at Austin State College, now Riverland Community College.  She got a job at First National Bank as a file clerk in the basement. (No computers then!)  Through kindness, she was given opportunities to learn other tasks, “out of the basement.”

When she became pregnant, the bank’s policy was, as custom required, to terminate the employment of pregnant women when they started “showing.”

“Kind bosses, knowing that I needed to work, allowed me to become the first woman to keep working as long as possible,” she said. “ I could not, however, be seen by the public, so I worked strange hours and in the basement.”

Many more kindnesses were shown to Alice during the following period when she was a single mother with a low paying job.  She received boxes of food left on her doorstep, assistance and friendship from church choir members, and donated services from a local attorney to get her out of a bad marriage.

She also cherishes the response of others at another critical time in her life.

“After the death of my newborn baby girl and my subsequent illness, kindness overflowed,” Alice said. “ I couldn’t drive, so many offers came from co-workers and friends to get me to work or doctor appointments. A four- year-old neighbor brought me happy pictures almost every day.”

She also was given more opportunities at the bank, being named auditor and later having her way paid to a banking school program.  Through talent, hard work, and further kind acts, Alice moved on in her banking career.  As the banking industry changed, she was given the responsibility of moving “back room operations” from five local autonomous banks to a regional center in Rochester and of setting up the operations there.

Regional centers were later consolidated into St. Paul and Minneapolis centers and the bank began acquiring other large holding companies.

This led to Alice’s commuting to the Twin Cities for nine years. During this time, her father received Meals on Wheel and two of the drivers befriended her father and visited him frequently. Another act of kindness came to Alice on one of her return trips to Austin.

“One night on my way home during a very nasty white-out blizzard, a kind semi driver in front of me came on the CB and said to follow him to keep on the road and tell me where my exit was,” she said.

In 1998 she was offered the manager job back at the Austin branch.  This came at a perfect time as she was caring for an ill parent.  A few months after her retirement from banking in 2011, she went to work for the Development Corporation of Austin “for three months.”  She is still there with the agreement that she can work flexible hours so that she can do the many other things she feels are important to pay forward some of the kindness she has known.

Alice said, “Throughout it all, I have kept singing in the Northwestern Singers, church choir and other groups to keep my love of music alive.”

Many will have heard Alice’s rich voice and enthusiastic presentation in many settings, including with the St. Andrews Sisters, InSynque, Northwestern Singers, The Big Band, Rochester Pops Orchestra, and the Austin Symphony.  She also loves acting and participating in theater- Summerset, Riverland and others.

“Music and theater are so important to spread joy and understanding,” she said.

An indefatigable volunteer, Alice is currently active with many boards, committees and groups, including Artworks Festival Volunteer co-chair, Meals on Wheels driver, and the Paramount Expansion Team member. And while reaching out in all these directions through the years, she has enjoyed a thirty-four-year marriage and has five children and seven grandchildren.

Alice concludes, “No matter your age or circumstances, it’s easy to do one little act of kindness every day.  A 94-year-old homebound Meals client gave me a crocheted cross like the ones she was still making for baptisms at her church.  That cross sits on my dashboard to remind me of my many blessings.  I’d love to name all the people who showed kindness to me along the way, but the list is way too long!  I remember each one fondly. It is my mission to pay that kindness forward for as long as possible!”

We thank you, Alice Holst, for all you give and have given to our community and for your inspiring picture of kindness.