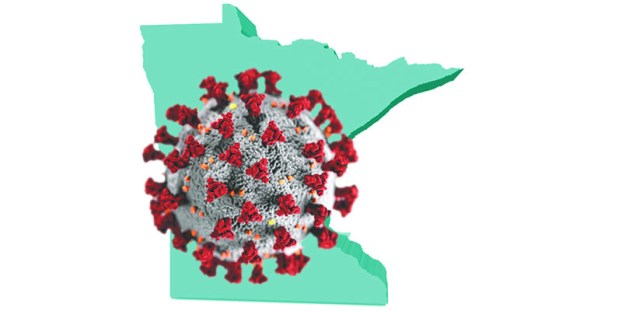 Mower gains just one case from weekend, state rises by 143

The number of deaths from COVID-19 rose to 143 in the state over the weekend, according to the Minnesota Department of Health Monday.

The number is up nine from Sunday. Statewide, the number of positive cases has risen to 2,470. As of Monday, the number of people still requiring hospitalization is 237, with 126 currently in ICU care. 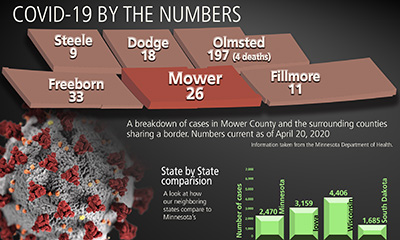 Over the weekend, Mower County’s cases rose by two to 27, but have since been adjusted to 26.

On the other side of the state, the JBS pork processing plant in Worthington announced it was shutting down indefinitely as cases surged in the southwestern community.

Numbers have skyrocketed in Worthington over the weekend and the plant has been at the heart of it.

“We don’t make this decision lightly,” Bob Krebs, President of JBS USA Pork said in a statement. “We recognize JBS Worthington is critical to local hog producers, the U.S. food supply and the many businesses that support the facility each and every day.”

On Saturday it was reported that there were 36 confirmed cases in Nobles County. That number rose to 60 on Sunday and now sits at 76 as of today.

Pathway to reopening Minnesota should get clearer this week

By Brian Bakst More information should emerge this week about necessary safeguards to allow more businesses to reopen while keeping... read more