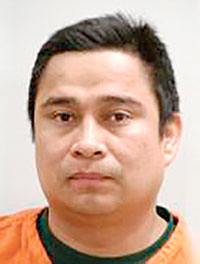 Court documents state that an Austin police detective received a child abuse intake report from Mower County Human Services in which a 13-year-old female had disclosed Gonzalez, who was known to her, had sexually abused her.

The detective met with the victim, who provided details about the abuse. She told the detective she did what Gonzalez told her to because she “didn’t want to get hit.” She also said he sometimes caused her pain when the abuse occurred.

Gonzalez initially denied sexually abusing the victim and said he was never alone with her.

Next steps in responding to COVID-19 pandemic

Dan Sparks State Senator, District 27 The challenge of COVID-19 continues to be felt for each of us in not... read more