Matthew Carl Maxim Koch, 28, of Austin pleaded guilty to felony second-degree drugs – sale of 10 grams or more – a narcotic other than heroin within a 90-day period – and felony third-degree drugs – possess 10 grams or more of a narcotic drug other than heroin – as part of a plea agreement on Tuesday in Mower County District Court. He initially pleaded not guilty on April 2. 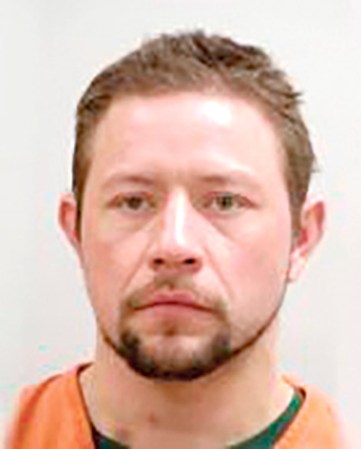 Court documents state narcotics detectives met with a confidential reliable informant (CRI) on Feb. 19 about purchasing methamphetamine from Koch. The CRI was searched, provided with an audio transmitter and buy money, and monitored as he met with Koch at the dog park in Austin. Koch arrived at the park in a black 2007 Dodge Ram and parked near the CRI’s vehicle. A detective heard them discuss drugs before the CRI left the park and met with police at a predetermined location, surrendering two grams of methamphetamine.

Later that day, the CRI advised that he could accompany Koch to pick up an ounce of methamphetamine, which he could then purchase. The CRI was again searched and given purchase money and an audio transmitter. He was then monitored as he went to a location in Austin, where Koch picked him up in the Dodge Ram. Police followed them as they went to Albert Lea and back to Austin. The CRI then met with police at a predetermined location and turned over 28.32 grams of methamphetamine.

Koch was arrested on March 23 after a Mower County deputy conducted a welfare check on the occupants of a 2016 Chrysler 200 that was parked and still running in front of the Windmill Motel and Conference Center near Dexter.

The deputy found Koch reclined in the driver’s seat, apparently sleeping, and an adult female in the passenger seat.

The deputy asked Koch to open the door and noticed a methamphetamine pipe in the driver’s side door pocket.

Koch will be sentenced on April 30.

Though the coronavirus pandemic demands our attention at this time, we must remember that the Nov. 3 election is rapidly... read more