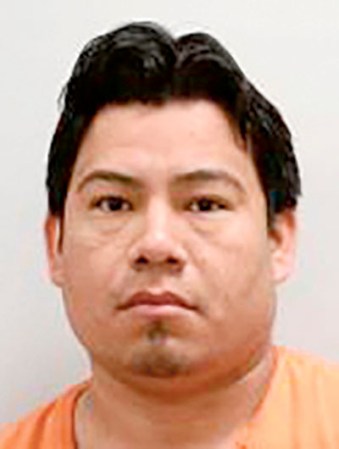 Ortiz pled guilty to the charge on Dec. 16 as part of a plea agreement.

Court documents state police were alerted on Oct. 7 about an allegation of criminal sexual conduct reported at an Austin school. The victim, a 12-year-old girl, had disclosed she had been inappropriately touched by Ortiz, who was known to her.

A detective and Mower County Child Protective Services worker interviewed the victim, who was reluctant to speak because she was concerned she would not be believed and that Ortiz would call her “a liar.” She said the first time Ortiz touched her inappropriately happened three months earlier in a bathroom, and that another incident had occurred the previous weekend. In that incident, she said she got away from Ortiz and locked herself in a room.

The victim indicated Ortiz had not touched her under her clothes.

Ortiz denied touching the victim, saying he was never alone with her.

In addition to probation, Ortiz must follow 27 conditions, including registering as a predatory offender. Failure to follow the conditions could result in 36 months in prison.

Letter: Why the push for mail-in voting?

There has been a lot of talk about the need for voting by mail, driven by fear that we’ll be... read more