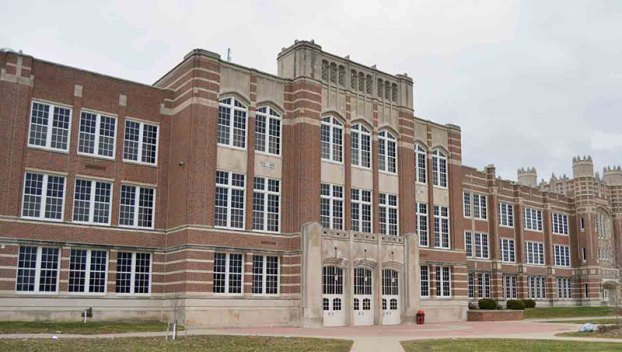 Gov. Tim Walz on Thursday will announce that Minnesota K-12 school buildings will remain closed for the rest of the academic year, according to two sources with knowledge of the plan.

A Walz spokesperson wouldn’t disclose the decision but the governor has said in recent days that a return to in-person instruction before summer break was unlikely, and many districts have been planning to extend distance learning for the rest of the school year.

The Walz administration was due to inform school leaders of the decision prior to a 2 p.m. news conference.

Minnesota students began their remote instruction in late March. At least 39 other states have ordered or recommended that school buildings remain closed for the rest of the academic year, according to Education Week. Those closures are affecting about 42 million public school students.

Walz, a former high school teacher and coach, has repeatedly extended the state’s plans for distance learning. In mid-March, an executive order closed schools until March 27. Days later, he moved the reopen date to May 5. But in recent weeks, he acknowledged students were unlikely to return to their buildings.

“The chance of being able to gather back at school is relatively slim,” he told reporters on April 2, calling the situation “heartbreaking” for families and students, especially those preparing to graduate from high school.

News of Walz’s school year decision comes a day after the governor unveiled a massive COVID-19 testing plan Wednesday in which the Mayo Clinic and the University of Minnesota would play key roles in testing 20,000 people daily.

For weeks, Walz has said that drastically increased coronavirus testing would be critical to restarting parts of the economy. Two kinds of tests, ones that diagnose COVID-19 and others that see if a person has been exposed to the virus, are included in the plan, along with increased tracing.

While the plan would make Minnesota No. 1 in the nation for testing, Walz said, people cannot let down their guard.

“This is not a pass that everything is back to normal and it’s all easy from here on out,” he said. “It’s one tool in the toolbox that leads us in that direction.”

Here are the latest coronavirus statistics:

So far, testing in Minnesota and elsewhere has been hampered by supply chain issues and materials shortages. Minnesota has recently tested only 1,200 or so people daily as of late — a far cry from what’s possible under the new plan with the U of M and Mayo.

Health Commissioner Jan Malcolm said the plan would be ramped up quickly so that every Minnesotan with COVID-19 symptoms will be tested as soon as possible, with a focus first on vulnerable populations, including long-term care residents and the workers who care for them, as well as Native and other communities of color.

“Critical infrastructure” workers, including day care operators, would also be a testing priority, she said.

The testing push will be funded in part by $36 million from the COVID-19 Minnesota Fund. Walz had $124 million left in a state COVID-19 fund that could provide financial support to make testing more widely available and faster.

Some of the money will be used to build a central laboratory driven by the U and Mayo to meet the expanded testing.

New guidance for business coming soon
Walz said Wednesday that he expected the state to provide more guidance to businesses, including information on what might reopen and how, sometime “in the next day or so.”

In praising the new testing plan, Republican House Minority Leader Kurt Daudt said it “would more than meet the goal identified by Gov. Walz to ease restrictions on businesses and get Minnesotans get back to work.”

The governor has continued to say that science will guide his decision-making.

In central Minnesota, the Brainerd Lakes Chamber of Commerce launched a campaign late last week urging state officials to speed up development of health and safety guidelines, so businesses shuttered due to the COVID-19 pandemic can reopen.

Walz praised leaders at the U and Mayo Clinic and as well as state and local health officials, for hustling to put the testing plan in place.

“The ship is on the launch pad today,” he said. “It has been built by the best engineers. It is staffed by the best astronauts we have.”

At one point, a reporter noted the public has heard the “you need a test, you’ll get a test” vow before. Asked who should be held accountable if that doesn’t happen with this new plan, Walz answered: “Me.”

Minnesota will soon be able to test tens of thousands of people a day for COVID-19 and evidence of coronavirus... read more