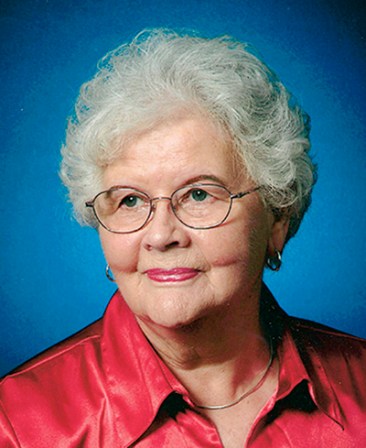 Joanne Jean Turner was born on Dec. 28, 1928, in Harmony, Minnesota, to Eva M. (Armstrong) Turner and Warden L. Turner. She lived in Harmony until the age of 7, at which time her family moved to Chatfield, Minnesota. At the age of 13, her family moved to Blooming Prairie, Minnesota. While in high school, she played the saxophone in both the marching band and the jazz band. She also sang in both the choir and a sextet group. Other activities that she loved to participate in were cheerleading and the theater. She always had a part-time job in high school, which included working nights and weekends at the grocery store and selling tickets at the movie theater. Joanne graduated from Blooming Prairie High School in 1946.

In 1947, she moved to Austin, Minnesota, where she began working as a cashier in the cafeteria at Hormel Foods. It was her love of music and dancing that led her to the Terp Ballroom in Austin, where she met Maynard B. Sathre. They were married on Sept. 18, 1947, at St. Olaf Lutheran Church in Austin. Together they enjoyed dancing at the Terp Ballroom, spending time at their place on Mille Lacs Lake, golfing, spending time with their families and, of course, always making lefse together. While a member of St. Olaf Lutheran Church, Joanne was the church’s first wedding coordinator, sang in the church choir and enjoyed helping with many circles and committees, including their Scandinavian Day Festival, which included making lefse. In 1978, she began working for Austin Public Schools as a paraprofessional in the special education department at the high school, a job she held until she retired in 1991. Joanne will always be remembered by her loved ones as a beautiful, strong woman who loved and supported her family and had such a positive attitude on life, along with a great sense-of-humor.

The family would like to send a special thank you to all of the staff at Cottagewood Memory Care for all of the wonderful care, love and support that they gave her during her time there. The minute she walked through their doors, she felt at home and comfortable. Thank you again.

Memorials are suggested to Mayo Clinic Alzheimer’s Research or Cottagewood Memory Care in Rochester. A private memorial service will be held. Clasen-Jordan Mortuary is in charge of arrangements.