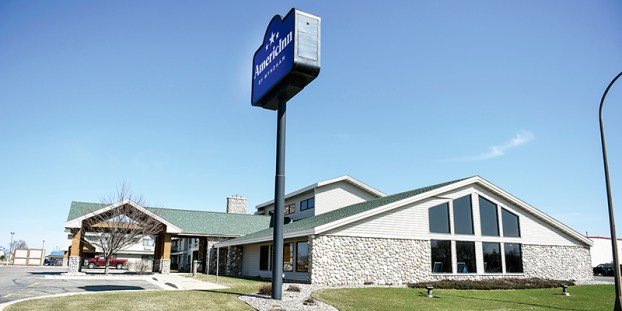 Hotels like Austin AmericInn Lodge and Suites have had to struggle in the face of the effects COVID-19 have had on business, including cancellations. Eric Johnson/photodesk@austindailyherald.com

As COVID-19 continues to put a halt on society, the hotel business has had to struggle with fewer and fewer patrons.

Larry Powell, owner and general manager of AmericInn Lodge and Suites in Austin, MN, is normally spending his spring months preparing for the big rush of summer travel. Instead, he’s found himself wondering what will become of the hotel industry.

Some hotels have had to cut staff and others have had to close completely as the cancellation of events and travel has put an extreme limit on the customer base.

“It’s like somebody turned off a light switch,” Powell said. “We went from 60 percent full to eight percent overnight. We’re just waiting it out.”

Powell said he’s had blocks of rooms reserved for weddings in June cancelled and the number of business travelers stopping by has completely fallen off. The hotel also had to close its pool due to the social gathering limitations, which takes away the possibility of locals renting out a room.

“We’re just worried. There’s so much uncertainty. When are we going to get back up and running and when is the tourism industry going to come back. I don’t know what the effect is going to be after this,” Powell said. “It’s a scary time for everybody, no matter what business.”

Nearby the AmericInn, progress continues on a new structure being constructed by Cobblestone Hotels. The project is going on as planned, despite the viral outbreak.

Cobbelstone Hotels faces different challenges in the face of COVID-19, including how to hire as well as looking ahead to opening in June. Eric Johnson/photodesk@austindailyherald.com

Brian Wogernese, the CEO of Cobblestone Hotels, said the hotel will be looking to start hiring employees by May and he’s hoping for it to open in June or July. Depending on where things stand, those interviews may have to be done online.

While his eye will be on the hotel market, Wogernese also wants to make sure conditions are safe for the hotel staff when it opens.

“It’s kind of a mix. Most markets are down, but not all are down and out,” Wogernese said. “We’re trying to watch to see where it makes sense to stay open and we want to make sure our staff is comfortable. We are a vital business, but we also have to be sensitive to employees at the same time.”

Wogernese is looking forward to opening a hotel in Austin.

“Austin’s been on our radar for a long time and we’re really excited about it,” Wogernese said. “We feel there’s definitely a need in Austin for a new product and we’re excited to see that thing open when the time is right.”

The viral outbreak has left almost every business in a state of uncertainty. Markets have become unpredictable and the future is a giant question mark.

One thing that is certain is that Powell isn’t going to be closing down the AmericInn any time soon. As an owner, he is committed to his investment.

When you’re on your own, we are there with you

As the state and nation battles one of the most challenging times of this generation, we want to let you... read more