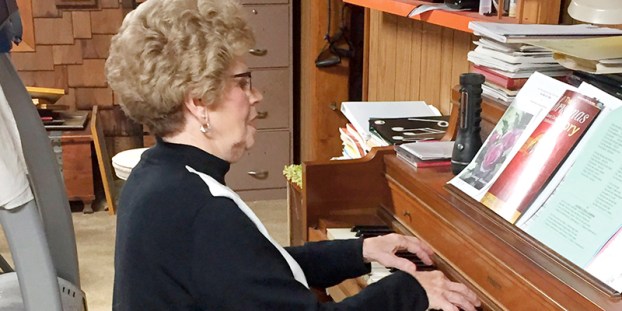 Nancy Matti plays the piano. Matti organized a family project over Easter creating a new song, The song "The Ballad of the Virus" is done to the song "Hallelujah."

Hayfield couple finds a song in a pandemic

HAYFIELD — As a former music teacher, Nancy Matti is well versed in the world of song, but she took her musical ability to a different level when a family project emerged on Easter.

Since they were not able to meet in person, the Matti Family chose to come up with enlightening videos over Zoom for an Easter project. The performances included banjo performances and dancing children. When Monday morning came, Nancy, who is 79 years old, realized that she had to step up and make her own video. She teamed up with her husband Doug, 81, and wrote a song about COVID-19 and sang it to the tune of Leonard Cohen’s “Hallelujah.” 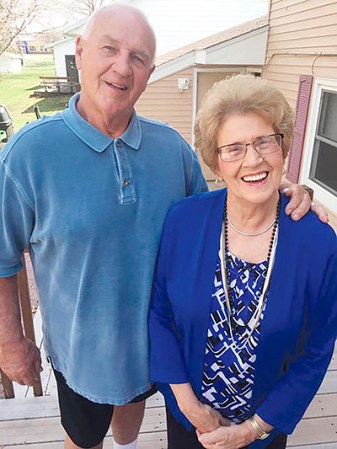 “It was an easy tune for me to think of,” Nancy said. “I just started putting words down and made it fit in the phrases. I tried to include all of the things that were happening. It came out in 15 or 20 minutes.”

The song is titled “The Ballad of the Virus” and it describes all of the aspects of life that have been halted by COVID-19, while providing a message of perseverance. It features Nancy on piano and vocals and Doug on vocals as well. Nancy and Doug thought the video would only be seen by their family members, until their granddaughter Olivia Matti posted it on Twitter and Facebook.

Nancy had originally wanted to do a remake of “Islands in the Stream” by Kenny Rogers and Dolly Parton for the video, but she let her creativity take over.

“We thought it would be something silly, but it’s not a silly topic,” Nancy said. “It’s still silly to sing about a virus, I guess.”

Nancy said she doesn’t get on social media a lot, but she has heard positive reactions from those that have seen her song, which was never rehearsed and recorded on the first take.

“If we thought more people were going to see it, maybe we would’ve worked more on it,” Nancy said.

Doug and Nancy have lived in their home in Hayfield for 56 years, but they’ve never experienced anything quite like the COVID-19 pandemic. Getting together with the family online has been a boost for them and they’re trying to keep things as normal as they can.

“Our son teaches in Byron and the students have been sitting at home,” Nancy said. “They’re adjusting to this very well, considering the circumstances.”

The number of COVID-19 cases in Minnesota has exceeded 1,800 with 1,809 confirmed cases throughout the state, Minnesota Department of... read more