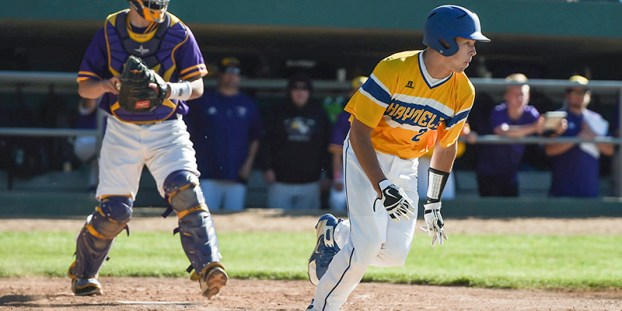 The Hayfield baseball program has never seen a senior class quite like the class of 2020.

The group includes five players who are expected to play college baseball and it is loaded with as much character as there is talent. When head coach Kasey Krekling heard that he wouldn’t be able to compete with his Vikings this spring, his first thought went to Legion, then his second thought went to amateur baseball, where Krekling plays a big role for the Dodge County Diamondbacks.

“I told them there is still hope to play this summer. Keep yourself in shape and throw in the field when you can,” Krekling said. “We’re still hoping to see these guys play together again and I hope I can play with them for years with the Diamondbacks.”

Hayfield put together its best season in school history last year when the Vikings finished 24-3 overall and took fifth place in its first ever appearance in the Minnesota Class A State Tournament. The Vikings played fearlessly throughout the spring as they trailed in three of their four Section 1A Tournament games and they trailed Randolph 5-0 in the first inning of the fifth place game of the state tournament before bouncing back to get the win.

“It’s the best team I’ve had to the fact that when they get down, they don’t panic,” Krekling said. “I don’t know of a (Hayfield) class that’s had this many go on to play college baseball. To have them all grouped together in the same grade is special. We also expect some of those younger ones to play college baseball. They’re working hard and putting in time and they’re parents are putting in time. It’s a whole commitment from the players and the family.”

Krekling said he saw the current seniors separate themselves from previous classes when they started off 1-4 overall in 2018 and rallied to 13 of their next 15 games, before going 0-2 in the postseason.

“That’s when we knew this was a special group,” Krekling said. “They figured out quickly how to win as sophomores. We knew this could be really fun for the next two years and last year was a lot of fun. They deserved it. They worked their tails off in practice.”

Hayfield’s JV team went 17-2 overall and ace pitcher Easton Fritcher, a sophomore, will return next year, but it will be tough for Hayfield to say goodbye to the class of 2020. Especially, when so much was left unfinished after the spring sports season was cancelled due to COVID-19 last week.

“(Assistant coach) Tom Dublin and I always talk about working hard and how it will pay off in the long run,” Krekling said. “It’s hard, because it’s not paying off for them this year. There’s a lot of people in different sports this year who have worked hard and it hasn’t paid off.”

By Brian Bakst The Minnesota Senate voted Monday to assert more control over the use of federal coronavirus funding now... read more