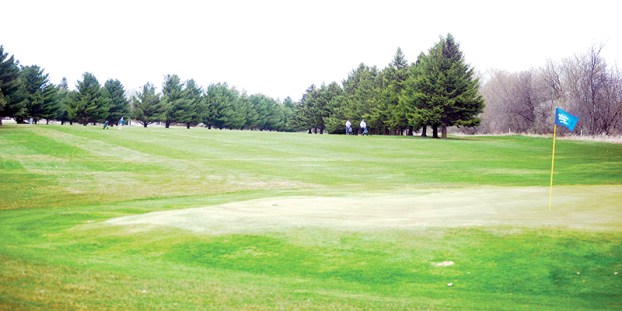 Last week presented a rare moment in the COVID-19 pandemic. Instead of something being taken away, it was given back, and golf enthusiasts around the state couldn’t be happier.

When Minnesota Gov. Tim Walz announced last week that golf courses in the state could re-open, golfers grabbed their clubs and headed for the greens. Austin head boys golf coach Matt Raso was one of those golfers and it was a much needed relief for him to get some fresh air and get his body moving. 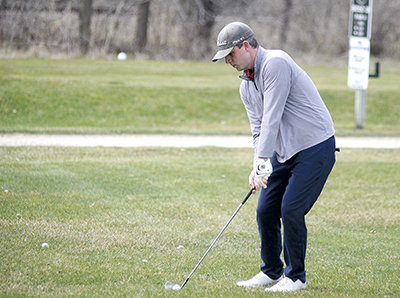 “I think it’s mental therapy. People are getting sick of their house, I’m sure,” Raso said. “They’re sick of cleaning and cooking and they just want to get out of the house. I think our governor has a good level of common sense and I think this a great sport to play while you’re trying to social distance yourself.”

Participation in high school golf has declined over the last decade and many golf courses were already starting to feel a little bit of financial pressure. Shutting down for a long period of time would have put even more hurt on the courses, which have plenty of expenses regardless if golfers are playing them or not.

Meadow Greens owner Mike Grinstead found himself scrambling to get the course ready for businesses on Friday night so they could be open last weekend.

“We’ve got a real short window to do business and my expenses don’t change whether we are open or closed. We have to maintain the course, otherwise there won’t be a course,” Grinstead said. “It was kind of an abrupt turnaround by the governor, but we’re really happy that it was. Now I’m paranoid that they’re going to take it away if they don’t like where the numbers are. It’s a crazy time right now.”

Grinstead said that Meadow Greens will not be able to host tournaments or leagues under the current standard, and he’s also made some other adjustments on the course. There are no golfing groups of more than 10 people, carts must include single riders unless they live together or arrive together, no more than two people can be in the clubhouse at a time, and no beverages or meals can be sold in the clubhouse.

To coordinate with social distancing rules, Grinstead is allowing customers to call in or go online and pay before they play and balls will be available on the course based on an honor pay system.

“We’re trying to do what’s best for everybody. We’ve taken all the touch off the golf course,” Grinstead said. “There is nothing to touch out there and a lot of our customers are going from the car to the tee, to the course, right back to their car.”

Raso has already put in seven rounds of golf this year as he golfed in Iowa before the Minnesota courses opened. He is expecting to keep on hitting the courses and he’d like others to give it a try as well.

“Anyone who’s played golf, they know it’s not easy. We’re amateurs, but I’d love to see people come back to the golf courses and play. I would like to see more people out here,” Raso said. “If you’re going to go for a walk, you might as well grab a bag of golf clubs, go chase some white balls around and see some scenery.”

The Hormel Institute has been forced to follow the same trends as everybody else during this time of COVID-19. Access... read more