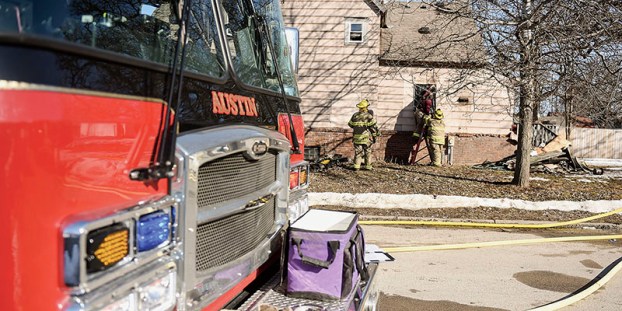 According to Austin Police Capt. Todd Clennon, the fire was reported at 6:10 a.m. on Wednesday at 411 South Main St. The Austin Fire and Police Departments responded to the scene and saw a large amount of smoke and fire coming out of the back door. 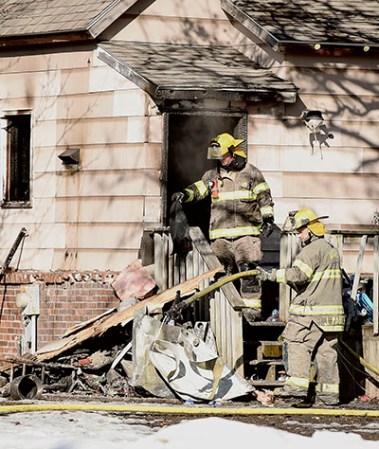 Austin firefighters clean up at the scene of a house fire Wednesday morning at 411 Main Street SE. Eric Johnson/photodesk@austindailyherald.com

The State Fire Marshal said the fire started in the kitchen because a trashcan was put on the stove and the burner was accidentally bumped.

Three of the home’s six residents were at the house at the time. All three escaped without injury, though a Mayo Ambulance was dispatched to the scene as a precaution.

The homeowner was at work when the fire started.

Two dogs and three cats were declared deceased in the fire, according to Austin Fire Chief Jim McCoy.

The Red Cross was called to assist the residents. There is no damage estimate at this time.