Ronald was born Aug. 9, 1942, at St. Olaf Hospital in Austin, Minnesota to Glenn and Bernice (Downs) Yocom. He graduated from Austin High School with the Class of 1960. 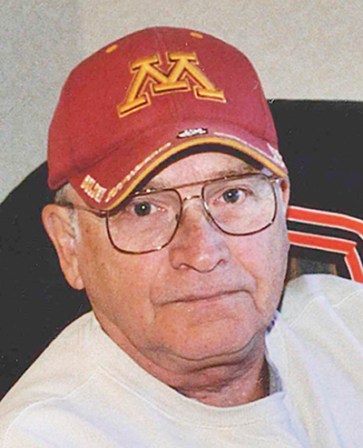 Ron married Carolyn Broitzman at Bethlehem Lutheran Church in Austin. In 2004, Ron retired from Hormel after 36 years where he worked in the sanitation department.

He was a member of the car club “Crankers” and the Moose Club. Ron enjoyed fishing, bowling, softball and coaching. In his spare time, he liked to draw and paint. He especially loved his grandkids and great grandkids.  Ron was proud to have served in the Army National Guard.

He was preceded in death by his parents; brothers, Robert (Red) Yocom and Charles (Chuck) Yocom; and sisters, Barbara Olson and Bonna Lou Geffert.

Funeral services will be held at 11 a.m. on Saturday, March 14 at Clasen-Jordan Mortuary. Interment will be at Grandview Cemetery with Austin American Legion Post No. 91 and Olaf B. Damm Post No. 1216 in charge of military rites. Visitation will be at Clasen-Jordan Mortuary from 4-7 p.m. on Friday, March 13 and on Saturday one hour before the service.

The Austin Public Schools are being proactive in preparing for any potential threat from the coronavirus, according to Mark Raymond,... read more