On to Phase Three: Mayo wraps up current phase of construction with nurses’ stations 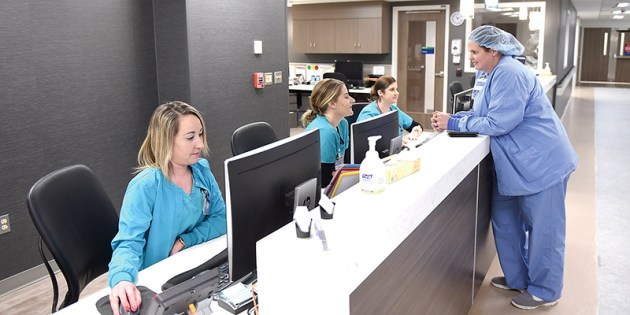 The new nurses station at the in the Family Birth Center work within the newly remodeled environment Monday morning. This brings entire phase two expansion to an end at the hospital as it now moves into phase three. Eric Johnson/photodesk@austindailyherald.com 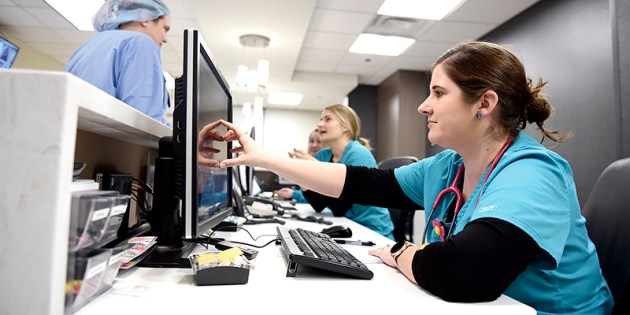 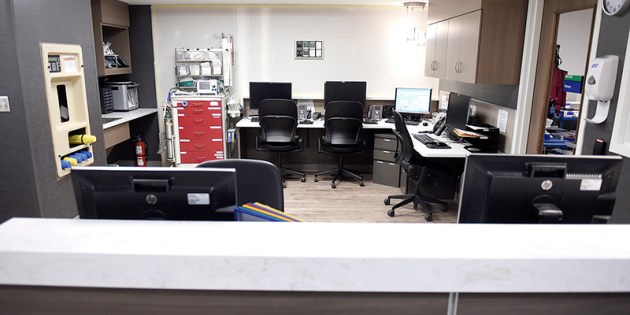 While phase two is officially done, as part of phase three the back wall will be taken out so that the nurses stations in both the Birth Center and Medical/Surgary will be accesible from both sides. Eric Johnson/photodesk@austindailyherald.com 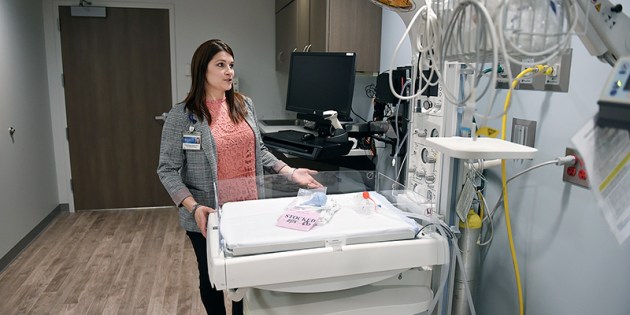 Birth Center Nurse Manager Crystal Studer shows off some of the new room that was added with the expansion of the nurses station. Eric Johnson/photodesk@austindailyherald.com 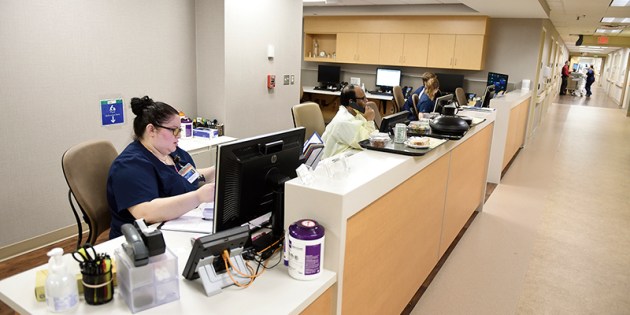 Doctors and nurses work at the nurse station in Medical/Surgery Monday morning. LIke the Birth Center station, both nurses and doctors will be able to do more work in one area. Eric Johnson/photodesk@austindailyherald.com

Mayo Clinic Health System in Austin is moving on to the final phase of the remodeling of the Family Birth Center and Medical/Surgery departments after unveiling the completion of phase two Monday.

The $11.2 million phase two expansion included the completion of nurses stations in both the Birth Center and the Medical Surgery departments giving better access to both the Mayo nurses as well as families and patients.

“I love how it looks,” said Crystal Studer, nurse manager of Birth Center. “It’s very clean, fresh and modern. I love how there is enough room for our new integrated team. Everybody has their space.”

The updated stations will eventually have access from both sides as new rooms are currently being worked on. Ten rooms — five in the Birth Center and five in Medical/Surgery — will provide for even more interaction with staff.

“It’s more open than the previous (station) was,” said nurse manager of Medical/Surgery Lorri Hultgren. “This station is more open so families can see their nurse when visiting family.”

For nurses and doctors, the upgraded nurses’ stations simply offer more room to work. In the Birth Center, at least four new work stations have been added. Along with that has been the upgrade in technology that will help involve patients in their own care.

“It brings us closer to our patients,” said Cassie Williamson BSN, RN. “The layout is a lot nicer and we’re able to grab things quicker. The flow is a lot better.”

The extra stations also allows for work to be done in one area.

“We have hospitalists on our floor now,” Hultgren added. “(Doctors) are able to do documentation while they are on the floor.”

The completion of the stations comes after the completion of phase 1 construction that included the Family Birth Center C-section suite and the south wing of the Medical/Surgical department, both of which were completed last year. The entire project is slated for completion in 2021.