According to the court complaint, police responded to a burglary in progress at about 3:57 p.m. on Wednesday at a residence in the 500 block of Third Avenue Southeast. Officers located and arrested Thomas inside the residence. 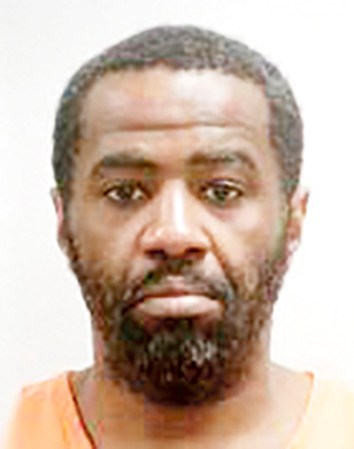 An officer made contact with the resident, who said he was inside the house when he heard Thomas kicking in the door. He then took his dog with him to the bathroom and locked the door before calling 911.

The resident said he heard Thomas going through his bedroom and later observed a box where he kept his father’s valuables was slightly open. He noticed that a “John Wayne dollar bill” was missing from the box. When police searched Thomas, they found a John Wayne dollar bill on his person. They also found a bolo tie, a silver ring and a pair of cufflinks that came from the residence.

Police photographed the items and damage to the residence’s south door, which had a boot print on it. They also photographed Thomas’s boots and transported him to the Mower County Jail.

A review of Thomas’s criminal record shows prior convictions for first-degree assault, motor vehicle theft and possessing a pistol and machine gun. In February, he was sentenced to probation for felony theft – take/use/transfer movable property – no consent.

Thomas will appear in court again on April 2.