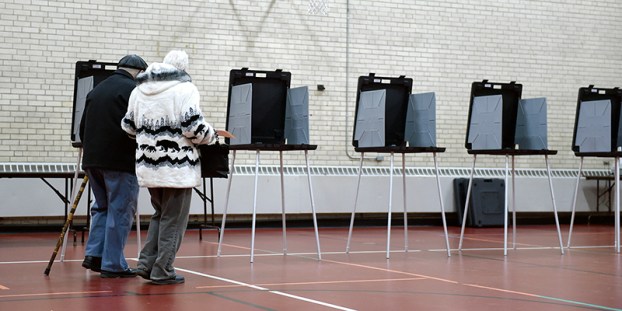 Looking back at the Super Tuesday primary

At the end of the day, there was very little question where Mower County voters leaned coming off of Minnesota’s first state primary since 1992.

Democratic voters in the county overwhelmingly got behind Joe Biden, who took away 45 percent of the vote. Bernie Sanders came in second with 781 votes.

Minnesota was part of a big night for Biden, who claimed nine states in total, putting him ahead of Sanders in the race for delegates — a race that is starting to come down to a two-horse sprint.

As polls started closing and primary results began to come in Tuesday evening, the Mower County DFL held its board meeting and discussed last week’s caucus and the upcoming county convention. But the primary results were not far from board members’ minds.

“We weren’t aware exactly where he (Biden) was in the delegate or state count at that time,” she said. “I think with the fact that Amy supported him, the idea of Minnesota going for Biden was not a surprise. Amy is such a strong candidate in Minnesota, and when she put her support behind him, it helped him in Minnesota.”

While Minnesota’s results did not surprise her, Bakke-McGonigle said Biden’s victory in Texas was a surprise to her.

I didn’t know if he had enough support in Texas to take the state,” she said.

Overall, the process of having a primary instead of a caucus format went off without a hitch, according to Mower County Auditor/Treasurer Scott Felten.

“It went pretty smoothly,” he said. “The voting process at the precincts, city and townships — people working there said it went really well.”

Some of the concern coming into the primary was a change that would require people to identify which party they were affiliated with. Felten wondered if that reason contributed to seemingly low voter turnout.

Felten said that the last time Minnesota had a primary in 1992, Mower saw just a 10 percent turnout while this year it was around 22 percent.

“Seems kind of low to me,” Felten said.

According to Minnesota Secretary of State Steve Simon in a press release, an estimated 885,000 (21.7 percent) voters went to the polls Tuesday.

Another reason voter turnout seemed down was that Pres. Donald Trump was the only candidate on the Republican side.

“On the Republican side, there was really only the candidate to vote for that probably kept it down to,” Felten said. “They chose not to vote because it wasn’t really necessary. I would suspect in November we’ll be back up to that 70 percent range that we normally show.”

Even still, Mower County GOP Chair Doran Kasel thinks that there is plenty of enthusiasm for Trump.

“I think the excitement is out there,” he said. “If you’ve seen his rallies you know there is a lot of excitement out there”

At the same time, Kasel was somewhat surprised at how the Democratic side came out, especially Biden’s sudden surge Tuesday.

“I was a little surprised by the results,” he said. “Just a week ago he was in the ashes, but then he was adamant he would win South Carolina. It was like he flipped a switch.”

The Mower GOP convention is at 9 a.m. this Saturday at the Mower County Senior Center with registration at 8:30 a.m. An endorsing convention will be March 28 at the Austin Public Library.

The Mower Democratic convention will be at noon this Sunday at the Jay C. Hormel Nature Center.

— Michael Stoll and Eric Johnson contributed to this story

MADISON, Wis.  — Someone placed a noose several years ago on the locker of a Wisconsin brewery employee who last... read more