Born to Herbert and May (Lestrud) Brand of Hollandale, Minnesota, he graduated from Albert Lea High School and joined the U.S. Army in 1955, serving a three-year tour of duty stationed in Bamberg, Germany. Music appreciation and playing the saxophone in his high school and army bands were highpoints of his life. 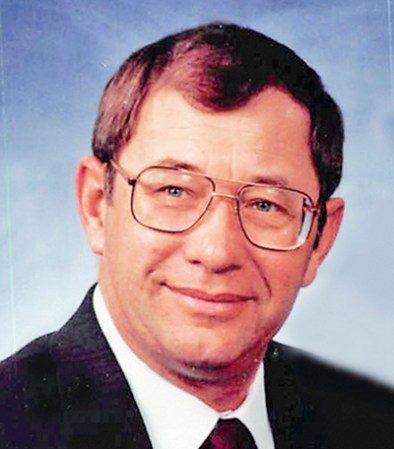 Following military service, he joined his parents in their vegetable farming operation in Hollandale. He married Karen Christenson on Jan. 2, 1965, and together the couple raised three children. He enjoyed farming, bowling, fishing at Lake Winnibigoshish in northern Minnesota, politics, his Labrador retrievers, and spending time with family and friends.

As a lifelong farmer, he had an opportunity to serve on several agriculture leadership boards, including the Hollandale Marketing Association and the National Potato Board. In addition, he served as a director on the Board of Education for School District 241 and as a trustee and deacon at First Presbyterian Church in Albert Lea.

He is survived by his wife of 55 years, Karen; his daughter, Jill of Sheyenne, North Dakota, and her children, Lindsay, Alicia, Pieter and Jacob; his daughter, Stephanie and her husband, Sean Passingham of Alden, Minnesota, and their children, Drew and great-granddaughter, Blayke, Madi, and Kathryn; and his son, Matthew and his wife, Amy of Hollandale and their children, Abby, Gwen, Simon and Marcus. He was preceded in death by his father, Herbert; and his mother, May.

A celebration of life service will be held at 4 p.m. on Friday, March 13, 2020, at Bonnerup Funeral Home in Albert Lea. Visitation will take place one hour prior to the service on Friday at the funeral home. Interment will be in the Hollandale Cemetery. Military honors will be performed by Albert Lea Area veterans organizations. Memorials can be designated to the American Legion in honor of all who serve our country.

Best Bets: An evening with Scott Jasmin and the Gracenotes

Scott Jasmin and the Gracenotes will be bringing Austin an evening of “Small-town Songs” on Friday, March 13, on the... read more