Jerry was born on Aug. 11, 1934, in Johnsburg, Minnesota, to Albert and Anna Margaret (Mullenbach) Smith. He graduated from Visitation Catholic High School in Stacyville, Iowa, in 1952. On June 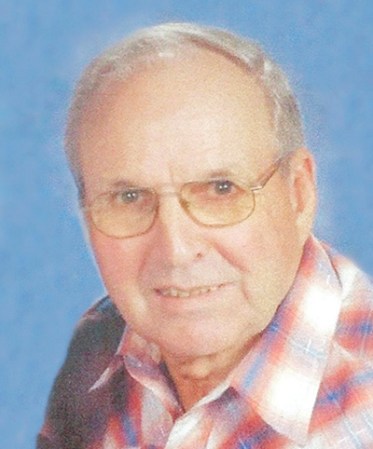 12, 1961, he was united in marriage to Joan Tindal at St. Augustine Catholic Church in Austin, Minnesota.

Jerry and Joan made their home and raised their children on Jerry’s family farm just outside of Johnsburg. He was a member of St. John the Baptist Catholic Church, the Eagles, Adams American Legion Post 146 and the VFW. Jerry enjoyed camping, going to polka dancing festivals, collecting toys, taking his dogs Annabelle and Deedee for walks and, most of all, farming. After retiring from farming in 1997, Jerry and Joan spent their winters in Apache Junction, Arizona, where they loved to play cards and visit with friends. He will be remembered for his witty sense of humor and the unconditional love he had for his family.

Mass of Christian burial will be celebrated at 11 a.m. on Tuesday, March 3, 2020, at St. John the Baptist Catholic Church in Johnsburg with Father Swaminatha Pothireddy and Monsignor John Hemann officiating. Visitation will be held for one hour before Mass on Tuesday at the church. Interment will be in St. John’s Catholic Cemetery with Adams American Legion Post 146 in charge of military honors. In lieu of flowers, the family suggests that memorials be made in memory of Jerry to the Parkinson’s Foundation.

Riverland Community College students are getting another boost in their agriculture careers thanks to being a part of the Professional... read more