Chase leads to arrest in Waltham

A Waltham man who allegedly fled police after failing to pay for items at a gas station made his first appearance in Mower County District Court on Thursday. 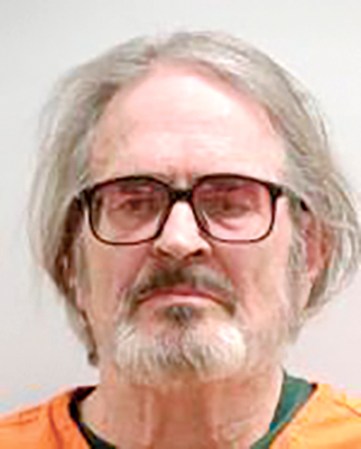 According to the court complaint, Brownsdale Police Chief Jon Smerud was inside a Brownsdale gas station at about 4:30 p.m. on Wednesday when he heard the cashier discussing “payment options” with a man, later determined to be Slupe, who was attempting to use a personal check. The clerk informed him they did not accept personal checks and Slupe grabbed items from the counter and walked out. The clerk called for Smerud’s assistance and said Slupe was leaving without paying for $55.18 in fuel and other items.

Smerud went outside and told Slupe to stop, but Slupe entered a 2006 Mercury Grand Marquis and told Smerud the clerk said it was “okay” for him to go and that he would come back some other time to pay. Smerud told him to exit the vehicle, but Slupe drove off and headed north on Highway 56.

Smerud activated his emergency lights and siren and pursued Slupe. He informed Mower County Dispatch of the pursuit and was told the license plate on the Mercury was from another vehicle registered to Slupe.

The pursuit continued north, then west on County Road 1 into Waltham at speeds between 60 and 70 miles per hour. Slupe turned onto Columbus Avenue and continued to Washington Street, where his vehicle was boxed in by Smerud and other vehicles.

Smerud ordered Slupe out of the vehicle; Slupe initially did not comply, but then got out and was arrested. At the Mower County Jail, Slupe was found to be in possession of a hydromorphone pill, a schedule II controlled substance. Slupe said he knew nothing about the pill.

A review of Slupe’s criminal history shows prior convictions for burglary and terroristic threats.

Slupe will appear in court again on April 2.

By Dan Mielke Grace Baptist Church As concerns about the coronavirus grow, how would you respond if your worst enemy... read more