Kelvin Tyrone Cotton Jr., 44, of Austin pleaded guilty to felony second-degree drugs – sale of 10 grams or more of a narcotic other than heroin within a 90-day period – as part of a plea agreement reached on Tuesday in Mower County District Court.

The charge was reduced from felony first-degree drugs – sale of 17 grams or more of methamphetamine within a 90-day period – as part of the agreement. 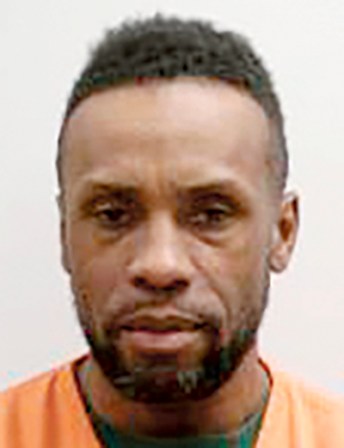 Court documents state narcotic detectives met with a confidential reliable informant (CRI) about purchasing methamphetamine from Cotton on Dec. 3. The CRI and his vehicle were searched and he was provided with purchase money and an audio transmitter. He was then monitored as he met with Cotton at a location in Austin. After the meet, the CRI met with the detectives at a predetermined location and surrendered 3.41 grams of methamphetamine.

The CRI arranged for similar purchases from Cotton on Dec. 6, Dec. 18 and Jan. 14. On those occasions, the CRI and his vehicle were searched and he was provided with purchase money and an audio transmitter. He was again monitored as he met with Cotton in Austin. The CRI again met with law enforcement and surrendered 6.97 grams, 1.74 grams and 5.1 grams of methamphetamine, respectively.

On each occasion, the CRI said Cotton sold him the drugs.

On Feb. 20, law enforcement executed search warrants on two apartment units in the 1000 block of Second Avenue Southwest, near Galloway Park. Six individuals were arrested in the raid. One told police Cotton sold her methamphetamine and that he lived in one of the apartments, while another said Cotton sold drugs from the apartment.

Cotton was arrested later that day.

A review of Cotton’s criminal record shows prior convictions for domestic assault, violating a domestic abuse no contact order and drug possession.

Cotton will be sentenced at a later date.