According to the court complaints, narcotics detectives met with a confidential reliable informant (CRI) on Feb. 19 about purchasing methamphetamine from Koch. The CRI was searched, provided with an audio transmitter and buy money, and monitored as he met with Koch at the dog park in Austin. Koch arrived at the park in a black 2007 Dodge Ram and parked near the CRI’s vehicle. A detective heard them discuss drugs before the CRI left the park and met with police at a predetermined location, surrendering two grams of methamphetamine. 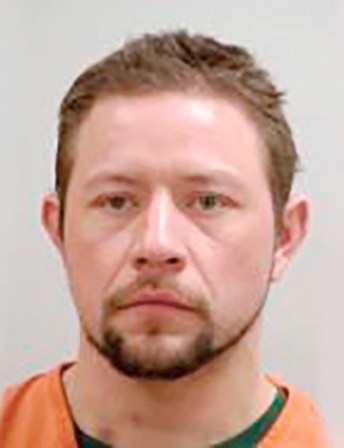 Later that day, the CRI advised that he could accompany Koch to pick up an ounce of methamphetamine, which he could then purchase. The CRI was again searched and given purchase money and an audio transmitter. He was then monitored as he went to a location in Austin, where Koch picked him up in the Dodge Ram. Police followed them as they went to Albert Lea and back to Austin. The CRI then met with police at a predetermined location and turned over 28.32 grams of methamphetamine.

Koch was arrested early Monday morning after a Mower County deputy conducted a welfare check on the occupants of a 2016 Chrysler 200 that was parked and still running in front of the Windmill Motel and Conference Center near Dexter. The vehicle was registered to a female resident of Faribault and male resident of Albert Lea, but the deputy found Koch reclined in the driver’s seat, apparently sleeping, and an adult female in the passenger seat.

The deputy asked Koch to open the door and noticed a methamphetamine pipe in the driver’s side door pocket. When asked what he and the female were doing, Koch said, “Nothing.” When asked what his name was, Koch said “John” and an unintelligible last name.

A Minnesota state trooper arrived on scene and the deputy had Koch exit the vehicle and walk towards the trooper. The deputy retrieved the methamphetamine pipe and found a small torch and a bag containing about one gram of methamphetamine in the door pocket.

Koch was then handcuffed and placed in a squad car. The deputy and the trooper spoke to the female passenger, who said the methamphetamine and methamphetamine pipe did not belong to her and she was not sure whose they were.

Koch told the deputy he and the woman were on their way to a town north of the Twin Cities and they stopped because he wanted to “rest.” He said the vehicle belonged to a female in Albert Lea, though he only knew her first name, and that he had been in possession of the vehicle since the previous day, but did not know about the contents of the door pocket.

Koch agreed to remove his dog from the vehicle and he was searched before they removed his handcuffs. During the search, the deputy located three bags of methamphetamine, containing an approximate total of 17 grams, in a zipper pocket of Koch’s sweatpants. Koch then removed the dog and a search of the vehicle uncovered a toothbrush holder that contained 0.08 grams of methamphetamine.

Koch will appear in court again on April 2.