Timothy “Tim” Allen Parker, 63, of Winona, Minnesota, formerly of Chicago, Illinois, died on Tuesday, Feb. 25, 2020, at his residence in Winona.

Tim was born Nov. 13, 1956, in Chicago to Andrew Parker and Elizabeth Parker (née Jendrzejczyk). In the past, Tim was a resident of Rochester, Minnesota, and Austin, Minnesota, as well as Chicago. 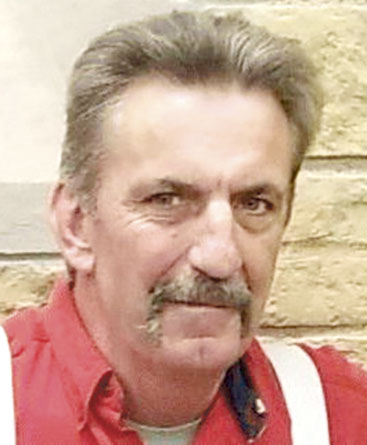 Tim had a love of gardening and animals, in particular, dogs and his green parrot. He enjoyed a good joke and a drink with friends.

Tim is much beloved by his children, siblings, and grandchildren and will be greatly missed.

Survivors include his sons, Kyle (Lindsey) Parker, Sean (Jessica) Parker and Ryan Parker, all of Minnesota, and Mathew Lopez (son from a previous marriage) of the Philippines; sister, Gail Parker of Charlotte, North Carolina; brother, Michael Parker of Fremont, California; and several grandchildren. He was preceded in death by his parents; and two brothers, Jerome Parker of Stewartville, Minnesota, and Kenneth Parker of Rochester.

The funeral service will be held at 11 a.m. on Thursday, March 5, 2020, at Saint Francis of Assisi Church in Rochester. Visitation will be held from 4-8 p.m. on Wednesday, March 4, 2020, in the River Park Chapel at Macken Funeral Home, 1119 11 ½ St. SE in Rochester, and one hour prior to the service on Thursday at the church. Burial will be at Calvary Cemetery in Rochester. There will be a luncheon at the church immediately following the burial. May Tim find eternal peace in Our Heavenly Father’s embrace. Online condolences are welcome at www.mackenfuneralhome.com.

Super Tuesday: Where to vote in Mower

With Minnesota participating in Super Tuesday next week, polling locations all over Mower County will be open for voters to... read more