Thomas Robert Rosenthal, 53, was taken from us suddenly and unexpectedly on Tuesday, Feb. 4, 2020. 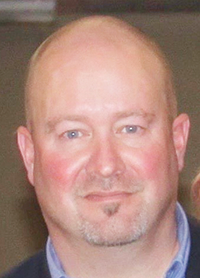 Tom was born to Darrell and Lorraine Rosenthal on Nov. 20, 1966, in Austin, Minnesota. He attended Catholic grade school and was a graduate of Pacelli High School’s Class of 1985. He then attended Riverland Community College. Following his graduation, Tom brought his aptitude for technology and his attention to detail to his family business, Rosenthal’s Flooring & Decorating. Tom was a skilled tile setter, carpet layer and interior designer. There wasn’t anything with a circuit board or an engine he couldn’t fix.

Tom had a passion for photography and liked to play both guitar and piano by ear. Tom’s greatest joy and proudest accomplishment was his daughter, Emily. He worked hard to be a good father and was overjoyed to become a grandfather this past fall.

A funeral Mass will be celebrated at 10 a.m. on Saturday, Feb. 8, 2020, at St. Augustine Catholic Church with Father James Steffes officiating. Friends may call from 5-7 p.m. on Friday, Feb. 7, 2020, at Mayer Funeral Home and for one hour before the service on Saturday at the church. Interment will be in Fairview Cemetery in Oakland, Minnesota. Condolences may be left online at www.mayerfh.com.