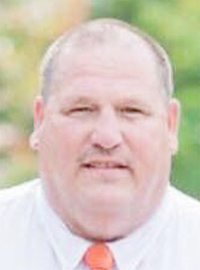 On March 9, 1985, Terry was united in marriage to Kimberly Reeder in Northwood, Iowa. To this union, three children were born: Laura, Nathan and Kelli. They were later divorced.

Terry’s greatest joys in life were his daughters and grandsons. He loved watching them play sports, very proudly having never missed a game. His yard was full of every motorized toy you could think of for Cale and Layton to ride year round. In his younger years, he was known to frequent softball diamonds in the area and never had to run the bases much due to his home run hitting skills. Fishing and hunting were his other passions. He enjoyed many years taking trips to Leech Lake, Baudette, Devils Lake, Alaska, and Canada with his lifelong buddies.

Fish on, Dad. Blessed be your memory; we will carry you in our hearts forever.