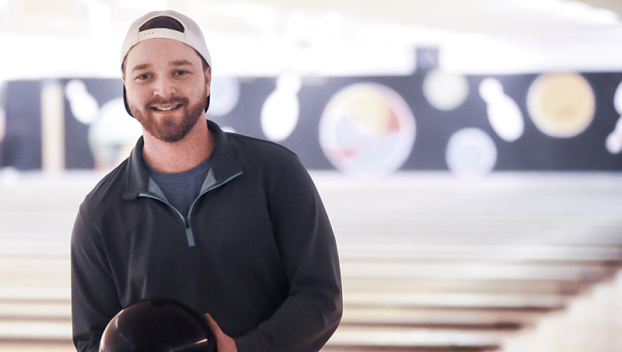 Elijah of Austin recently rolled three 300 games in the span of one week at Echo Lanes.

Striking up rejuvenated passion: Austin’s Rayman has made a strong comeback with bowling

Elijah Rayman may have suffered a burnout at the bowling alley, but he’s suddenly found his momentum and his game is rising like a phoenix from the ashes.

Rayman, a 2015 Austin graduate, rolled about 150 games per week at Echo Lanes when he was bowling for the Packers in high school, but his zest for the game cooled off when he bowled for one season at Midland University in Fremont, Nebraska. Rayman found himself struggling to keep up his game as he focused on school. When he moved back to Austin a couple of years ago, Rayman pulled away from bowling and took it lightly.

Rayman’s lull officially came to an end in late December of 2019 when he put up the best week of his life at Echo Lanes.

“That mental break was really nice to get everything out. I started from the basics again,” Rayman said. “This year I’ve smashed the fundamentals into my game again.” 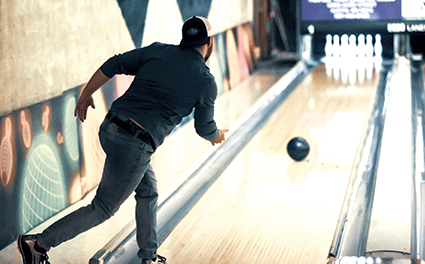 Rayman started his comeback with two straight 300 games when he put up a personal best series score of 845 — which is just 10 points short of the Echo Lanes record. The following Friday, he rolled another 300 game to give Rayman seven total perfect games at Echo Lanes.

“It was quite insane. It’s more luck than skill because you’ve got to get the pins to fall your way,” Rayman said. “To do it for 24 shots in a row, I don’t know if that will ever happen again but you never know. You can be capable of hitting the pocket 36 times in a row, but you’ve got to be able to have the pins fall your way. That’s the biggest thing.”

Rayman has now found a new drive towards bowling as he’s been working out more and trying to prepare himself for tournaments. He competed in a Central Bowlers Alliance doubles tournament in October and he is now preparing to compete in a CBA Tournament in Little Canada, Minnesota in two weeks.

“I’m trying to get my body in better shape so I’m able to go out there and bowl 20 games if I need to in those big tournaments,” Rayman said. “Right now I could probably do it, but I’d run out of gas.”

Rayman is at Echo Lanes every day as he competes in four different leagues. He puts in 30 or 40 games per week and he is averaging a score of 230. Despite all of the time he’s spent at the bowling alley, Rayman found himself a bundle of nerves during his string of perfect games in December, especially when he entered the seventh frame.

Rayman has always been comfortable bowling in Echo Lanes as that is the place where he learned about the game he loves. As a high schooler, he spent a lot of time bowling with Mike Matyas, who holds the house record that Rayman nearly broke in December.

As much as he loves competing at the bowling alley, Rayman has also given plenty back to the bowling community in Austin. He has served as Austin’s head coach for the high school team for the past two years and this season the squad earned its first state trip since 2015, when Rayman was still on the team. This year’s Austin team featured three bowlers who had never bowled before this season, but they continued to show up and work every day. Rayman is hoping all of the Packer bowlers stick with the sport.

“I would love to see youth bowling keep growing,” Rayman said. “We’ve got some really good people around the state that are trying their hardest to keep youth bowling alive. I really try to get kids to push through. They don’t need to quit. This is a game they can play for the rest of their lives.”