Scientists, institutions focus on maintaining truth in the midst of federal probes 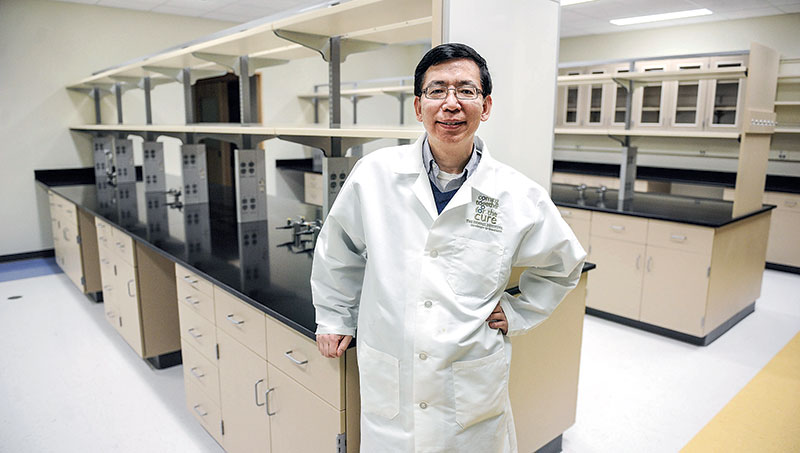 Allegations of theft of science research part of investigations that touch University of Minnesota, The Hormel Institute

“One person’s actions don’t reflect what
happens with everybody else.”
– Dr. Edward “Ted” Hinchcliffe

Revelations regarding China’s involved push to steal cutting-edge science from American universities have shaken institutions and scientists to the core across the nation, forcing these institutions to take a closer look at collaborative ties with the Chinese.

An effort by the National Institutes of Health and the federal government is also taking a closer look at these ties and, according to a Star Tribune article that ran earlier this month, those investigations included the sudden departure of former Executive Director Dr. Zigang Dong from The Hormel Institute.

The article stated that Dong’s departure in May of last year from the Institute, followed by his departure from the University of Minnesota in November, came as the FBI was investigating Dong’s possible failure to report foreign backing when applying for grants. Specifically, the NIH sent an email to the office of University of Minnesota Vice President of Research Christopher J. Cramer in May of last year that indicated that in 2014, while applying for two grants, Dong apparently failed to alert the U of M of his foreign connections and research support.

The NIH then pushed the university to investigate Dong. 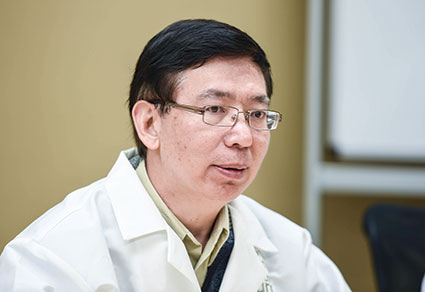 According to Cramer, that request came on May 15, 2019. At the same time, The Hormel Institute announced that Dong would be stepping down as executive director, a position he had held for 17 years.

A press release to the Herald in May of 2015 announcing the departure said that he was leaving for Cramer and Vice President for Academic and Clinical Affairs Jackub Tolar’s office where he would focus his time on a clinical, academic and financial blueprint for a planned dermatology clinic at the Institute.

The NIH and FBI’s look into Dong is not an isolated incident. The Star Tribune reported that four Chinese-American scientists from the MD Anderson Cancer Center left because of the investigation as well as two members of the Emory University faculty.

In January of this year, Harvard University chemist Charles Lieber was arrested and charged with making false statements to the US government involving research funding he received from China, according to the journal Nature.

“The present level of scrutiny has raised a degree of anxiety for some of our researchers engaged in promising collaborations with foreign partners and we are working with those researchers to ensure that they are in full compliance with all relevant policies and reporting requirements,” Cramer said in response to emailed questions.

Chinese partnerships with the University of Minnesota, and by extension The Hormel Institute, have been visible to the public eye for years. In 2015, the Hormel Institute unveiled its newest expansion and on-hand was a Chinese delegation, just three years after a partnership had been struck with the Henan Cancer Hospital in Zhengzhou, later to be known as the China-U.S. (Henan) Hormel Cancer Institute.

Still, the NIH pressed for answers, and according to the Star Tribune, Cramer responded last August, admitting that Dong had not included enough information and that he could have done better, indicating that Dong reported that he had only been in the role of advisor for the two grants. Dong claimed that obligations were limited and there was no direct compensation, the story reported.

Cramer did indicate, however, that there was a sum for $175,000 in supplemental funding, but that the U of M was unaware of this, the Star Tribune article went on to say.

The story further stated that NIH requested additional information, but by November it was already announced that Dong was leaving the U of M after being demoted over dissatisfaction of his time at the Hormel Institute. The federal investigation, he said, was not in relation to either the demotion or the investigation.

For many scientists, the investigation into the possible theft of scientific research by China has left them rattled, especially for those scientists living in a community the size of Austin. The Hormel Institute has been a centerpiece in the community, enjoying not only the NIH grants, which back a large amount of the funding, but the generosity of such events as Paint the Town Pink and the thousands of dollars it raises for seed grants.

But this alleged practice by the Chinese government to steal scientific research has shaken a scientific community that relies on open cooperation for its research, especially with China. The Star Tribune’s story reported that more than 4,300 scientific papers have been filed jointly between the U of M and China over the last five years.

Now, scientists at The Hormel Institute, including Dr. Ted Hinchcliffe, are left with more questions than answers.

“I think it was confusing to us because we thought we knew the relationship between this institute and the Chinese institute,” said Hinchcliffe, who runs the Cellular Dynamics lab at the Institute.

Because of how institutions like the U of M and the Hormel Institute handle personnel matters, it’s unlikely scientists who are doing the work on the ground, like Hinchcliffe, will know the whole story. But they will likely have to deal with the fallout, whatever that may be, including a possibly damaged relationship with the community. 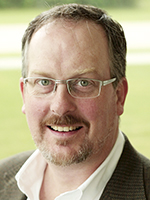 “That was really another first impression, was to make sure it doesn’t harm the institute and the community,” Hinchcliffe said. “One person’s actions don’t reflect what happens with everybody else.”

That unease is reflected by the the Institute in general. In a statement to the Herald, Dr. Ann Bode, interim director of the Institute, said she recognizes the strain put on scientists because of the investigation.

“I would not be surprised if some of my colleagues, who have co-published research papers with partners in more than 20 countries over the past five years, are feeling some concern, especially regarding the National Institutes of Health’s recently updated expectations around reporting,” Bode said.

However, these investigations are further straining a scientific world that is already being challenged on such scientifically validated subjects including, but not specific to, climate change and vaccinations. A further shaking of public trust in science by scientist misconduct could have lasting effects down the line, particularly when it comes to funding.

“In 30 years, I’ve never seen an open assault on science like we’ve seen right now,” Hinchcliffe lamented. “In the same vein, I have colleagues all over the world that I continue to trust.”

It also raises the potential for damaged research or research that doesn’t even make it out of the labs.

“We invest tens of billions on (research) in this country,” Hinchcliffe said. “These are tax dollars for discoveries that are for the American people. Those discoveries are shared with the world. Not every country does it like that. Their interests are different.”

Hinchcliffe said that one aspect of what the federal government is hoping to accomplish with this investigation is to use it as a deterrent against continued theft down the road. At the same time, it’s Hinchcliffe’s hope that China will see the opportunity to collaborate is more powerful than theft.

“There have been smaller cases of this in the past with other countries,” Hinchcliffe said. “In the end it made things stronger. Our open system won out. Hopefully a country like China will say, ‘we’re better off being a partner in biomedical research.’”

In the meantime, no other faculty or scientists are being investigated at either the U of M or The Hormel Institute.

“Neither The Hormel Institute, nor the University itself, presently has any other request, whether from the NIH or any other funding agency, related to possible foreign influence involving a researcher,” Cramer wrote to the Herald.

To that end, both institutions recognize the public face of that and the impact it could have on the U of M and the Institute. There’s a recognition that public faith in the work they are doing could be impacted and it’s something they want to meet head-on.

“The Hormel Institute, University of Minnesota, conducts rigorous oversight in all financial matters,” Bode said in her statement. “Audits of our books have not indicated any misuse of funds. All spending goes through a minimum of two levels of institutional scrutiny based on University of Minnesota policies and procedures.”

Bode went on to say that donations are processed by a minimum of two individuals, ensuring that no one person is responsible for all steps.

“If a donation is dedicated to a particular cause (e.g. prostate cancer) that money may only be spent on prostate cancer research,” Bode said. “More broadly, 100 percent of all donations to The Hormel Institute are spent on research costs.”

While the U of M and the Hormel Institute both work to maintain public faith that public dollars are being used for their intended purpose, scientists like Hinchcliffe still worry about damaged trust going forward. This is especially important in a community like Austin, where the scientists are an active part of the community.

“The best way for us locally is to continue to be supportive of all of our researchers,” Hinchcliffe said. “We all want what’s best for the Hormel Institute. There are safeguards in place. The university has mechanisms in place to make sure they are following the rules.”

“That’s the biggest worry,” Hinchcliffe went on to say. “We just have to work harder to maintain that trust. Be open with people in the community with what we do. Continued discussions among our faculty. We have to ensure what we are doing is earning that trust of our community.”

“As the Advisory Committee representing the faculty and staff at The Hormel Institute, we were surprised and concerned after reading the stories in the Star Tribune and Austin Daily Herald.  University of Minnesota leadership did come to the Institute last May and inform us that our former Director was transitioning to a new leadership position. We were unaware of the subsequent NIH investigation related to China connections until reading about it in the Star Tribune. The faculty here were aware that Dr. Dong was serving as Executive Director of the China-US (Henan) Hormel Cancer Institute (CUHCI). We recognize that international collaborations are an important practice in science, and serve to further advance our shared knowledge. We at The Hormel Institute applaud and support such practices, just as we value our many international faculty and scientists — together we are stronger as an institution.  However, in this particular case, none of our faculty had any input into the origins or operations of the CUHCI. Our faculty remained mostly unaware of our connections to that institute beyond the former Executive Director’s involvement. We look forward to learning the outcomes of the ongoing NIH investigations in this situation, as well as those around the country. We ask that you, our wonderful community, continue to put your trust and faith in us, as we continue to earn that trust through determination and hard work.  Every day we strive to live up to our motto: ‘Today’s Research, Tomorrow’s Cures.’ Thank you.”

Visit the StarTribune to read both stories of BETTING ON CHINA.