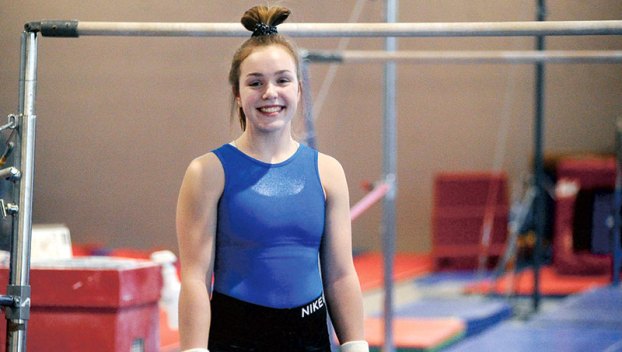 Austin freshman Claire Raymond will compete in the bars at the Minnesota Class A State Gymnastics meet this Saturday. Photos by Rocky Hulne/sports@austindailyherald.com

Austin freshman Claire Raymond has most likely attended more state gymnastic meets than the majority of gymnasts in Minnesota, but now she’s finally going to know what it feels like to be a competitor instead of a fan.

Raymond, who is the daughter of long-time Austin head gymnastics coach Mark Raymond, who is now an assistant, has been going to state meets since she was a little girl. She’s also gone to the state meet to cheer on her big sisters Morgan, who is a senior this year, and Paige, who graduated from Austin in 2017.

She also witnessed Maddie Mullenbach, Sela Fadness and Jen Boyle score first place medals on the big stage for the Packers. Raymond doesn’t have title hopes just yet, but she’ll certainly be getting her feet wet when she competes in the bars at the Minnesota Class A State Individual Gymnastics Meet at Roy Wilkins Auditorium Saturday.

“Sela and Maddie are huge inspirations. I grew up watching the high school team with my dad coaching and my sisters on it and it’s crazy to actually be on the team and go to state like they did,” Claire said. “Watching those gymnasts go to state and see how good the completion is made me want to be like that.” 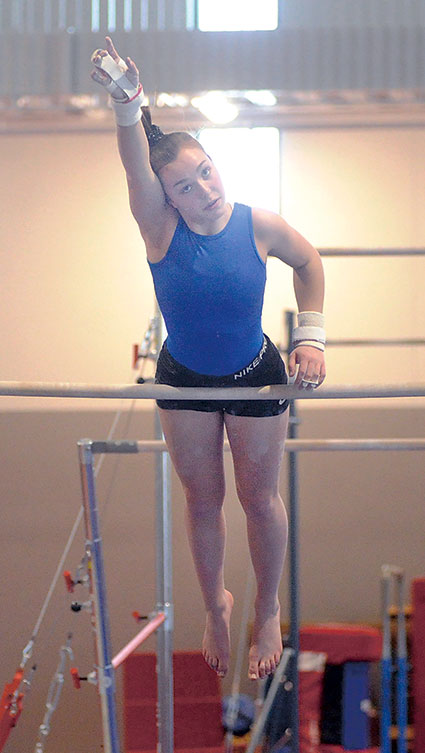 Claire had a breakout season for the Packer gymnasts as she emerged as the team’s top all-around gymnast. She’s hoping to continue to push for improvement, with the hopes of eventually getting herself on the podium at state.

“I’m just looking to get experience and get comfortable there. I’m not expecting much. I’m really hoping to get there again and have a chance at something in the next few years,” Claire said. “This year has kind of a sad year because it’s Morgan’s last year on the team and we’re really close. But it’s also been a lot of all-around fun.”

Claire has already received advice from Morgan and Paige on how to handle the state meet. She’s going to try and stay relaxed as she finds herself amongst the best of the best.

“It’s a lot different,” Claire said. “In past years, I’ve just been really excited to be able to go there and be able to see it. Now that I’m actually going to compete, there’s a lot of nerves.”

The Packers stopped dribbling and started passing as they controlled the ball as well as they have all season in... read more