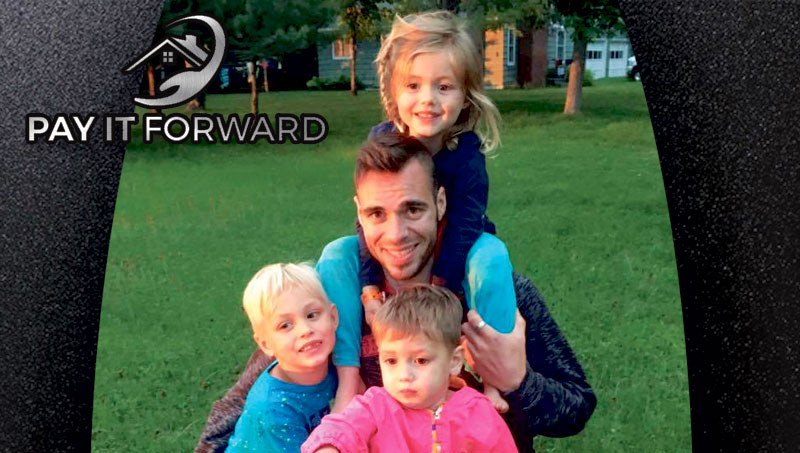 Henry Mandler of Brownsdale was named the recipient of Pay It Forward Inc.’s 2020 renovation project. Mandler, a single father of three, was paralyzed during a car accident in 2018. Photo provided

Pay It Forward Inc. has selected Henry Mandler to be the recipient of its 2020 remodel project.

Mandler, a single father of three children, lives just north of Brownsdale. In December 2018, Mandler was involved in a car accident that left him paralyzed and in a wheelchair.

Pay It Forward organizer Gina Grundmeier said while there were many things in the nomination letter that spoke highly of Mandler, there was one story that really stood out. On the night of his accident, when he had been taken to the hospital, Mandler was lucid enough to say thanks and apologize to the surgical team for making them come out in the middle of the night.

“The man has not just an immense amount of physical strength because he goes up and down stairs on 2×4’s, but also the mental strength he has to persevere and keep going forward,” Grundmeier said.

Mandler believes he will one day be able to walk again, she said. Until then, his house needs to be in a good state for him. 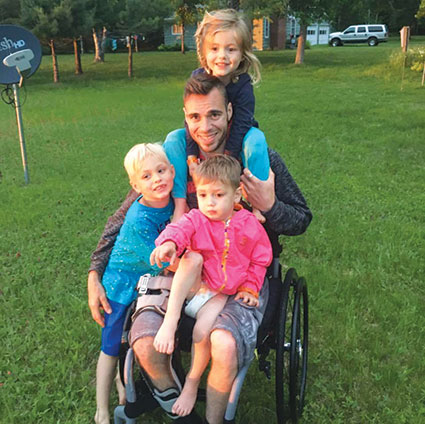 Henry Mandler of Brownsdale was named the recipient of Pay It Forward Inc.’s 2020 renovation project. Mandler, a single father of three, was paralyzed during a car accident in 2018. Photo provided

While she cannot reveal specifics as it would ruin the surprise, Grundmeier said the focus of the project will be to improve Mandler’s bathroom to make it more accessible for him.

“It’s not wheelchair friendly at all,” she said of the current situation.

During the project, March 16-20, Mandler will be put up in the Holiday Inn in Austin and will be surprised with the results of the project on the evening of the 20th.

Grundmeier said donations toward the project are welcome, especially since they are planning a secret, big-ticket part of it.

More information about Pay It Forward can be found on its Facebook page.

Legislative session could be light on accomplishments